А – А А +
Обычная версия
Скрыть
News / News and Events / Prime Minister Mr. Kubatbek Boronov: The introduction of quarantine with strict rules and a state of emergency are the last measures that the government will take if the epidemiological situation worsens significantly 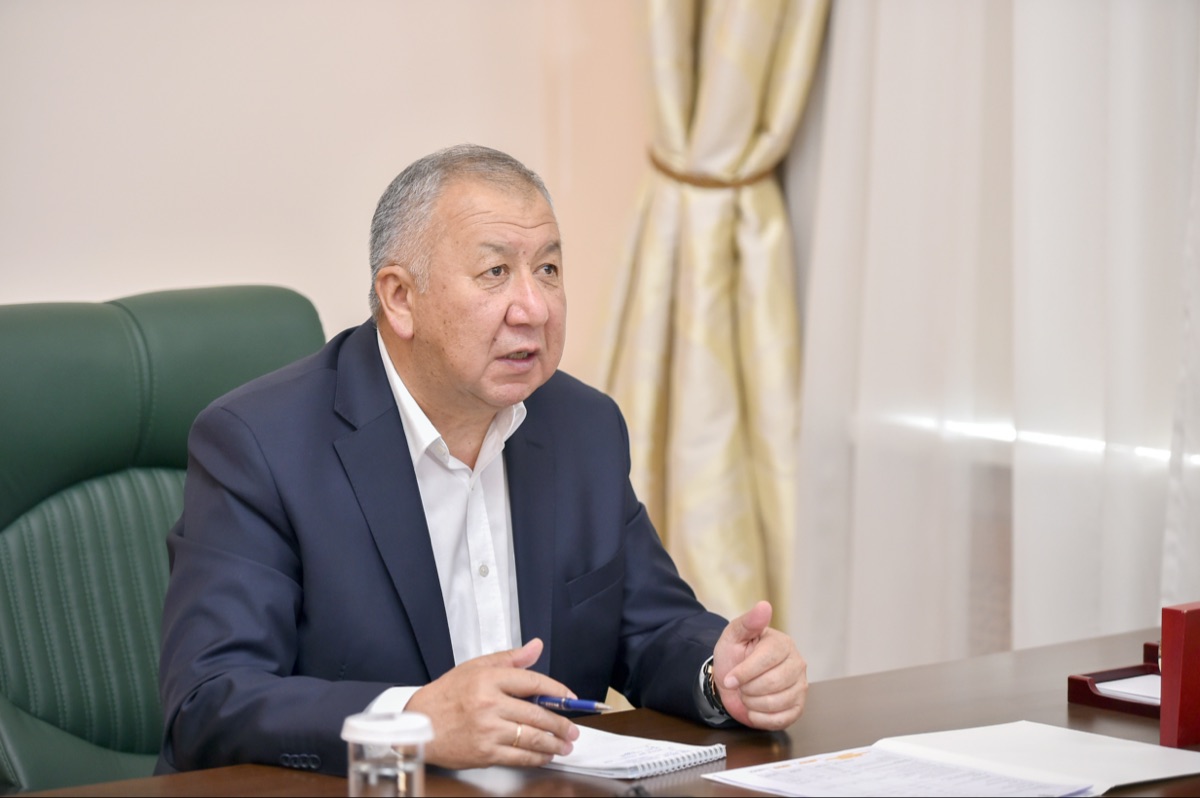 The introduction of quarantine with strict rules and a state of emergency are the last measures that the state will take if the epidemiological situation worsens significantly. This was stated by the Prime Minister of the Kyrgyz Republic Mr. Kubatbek Boronov at a meeting of the Republican Operational Headquarters.

According to him, the Government will do everything possible so that such a moment does not come.

“At the same time, it is necessary to assist citizens in compliance with all the applicable sanitary rules and requirements. Only in this case will we be able to avoid the introduction of quarantine prohibition measures.

More than a month has passed since the resumption of the main areas of economic activity. Today we see a daily worsening of the epidemiological situation in Bishkek, Osh, Chui and Osh regions. About 50% of those infected do not know where they could catch the infection. Issues of hospitalization of patients in medical institutions remain problematic, many complaints are received that it is not possible to reach the 118 line, and the ambulance service arrives late. In addition to the ongoing work to increase beds in Bishkek, additional beds need to be prepared in the Chui region and Osh. If medical institutions in Bishkek are overloaded, citizens will be admitted to hospitals in the Chui region" the Prime Minister said.

The Prime Minister emphasized the importance of speedy completion of the repair of the buildings at the Semetey Observatory, as well as the refurbishment and preparation of the Ak Keme Hotel to receive sick people as soon as possible.

According to the Minister of Health of the Kyrgyz Republic Mr. Sabirzhan Abdikarimov, currently 540 extra beds have been prepared in Bishkek in medical facilities for citizens.

According to him, the number of applicants to the call center 118 has increased 5 times in recent days. There are 20 lines in Bishkek.

The Head of Government noted that service lines 118 need to be doubled.

"20 lines are not enough for Bishkek. Their number should be increased at least twice. At the same time, the service 118 should also work with psychological support. Ensure high-quality work of dispatchers, full-fledged work of the call center, so that the line is unloaded and citizens can call and get advice," Mr. Kubatbek Boronov said.

According to representatives of the Ministry of Health, it is also recommended that when symptoms of COVID-19 appear, call the family doctors at the place of residence who will consult and prescribe the appropriate course of treatment if necessary.

First Vice-mayor of Bishkek Mr. Almaz Baketayev informed that the municipality intends to limit the operation of public catering outlets and retail areas to 22.00 p.m. in order to carry out disinfection.

During the meeting of the Republican headquarters, issues of financing activities aimed at combating coronavirus were also discussed. The Ministry of Health, the Ministry of Emergency Situations, and the Mandatory Health Insurance Fund have been instructed to provide estimates of projected expenses for the autumn period.