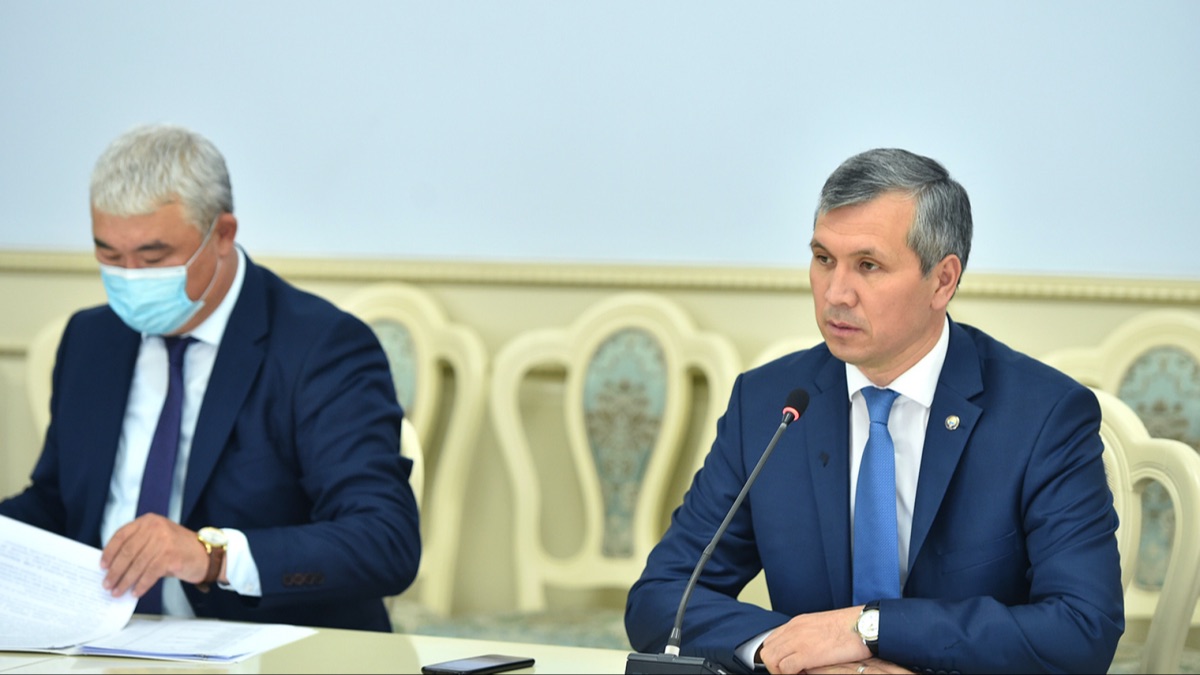 Vice Prime Minister of the Kyrgyz Republic Akram Madumarov held a regular meeting of the Republican Headquarters to assist election commissions in resolving organizational issues and logistical support for the elections.

The Vice Prime Minister noted that a few days earlier a meeting of the Security Council in a narrow format was held to consider the issue of preparation for the parliamentary elections.

“Following the meeting of the Security Council, a Decision was signed, including a set of recommendations to state and local authorities on the conduct of the electoral process. All these points must be performed efficiently, on time and in full. One of the important points is, by September 10, 2020, together with law enforcement agencies, to develop and approve a plan of measures to ensure law and order and the safety of citizens during the preparation and holding of elections of deputies of the Jogorku Kenesh of the Kyrgyz Republic", Akram Madumarov said.

He continued that another no less important point is until September 15, 2020, together with the Central Commission for Elections and Referendums of the Kyrgyz Republic, local state administrations, city administrations of Bishkek and Osh cities and local governments, to develop and approve a plan to prevent infection of citizens Of the Kyrgyz Republic, employees of election commissions and other persons involved in the electoral process, coronavirus infection and community-acquired pneumonia while visiting polling stations on election day; ensure proper epidemiological surveillance on the territory of the Kyrgyz Republic on election day.

During the meeting of the headquarters, reports were heard on the arrival of international observers, as well as the issue of providing appropriate documents to persons who are in custody as suspects and accused.

As a result of the meeting, the relevant government bodies were given a number of instructions.