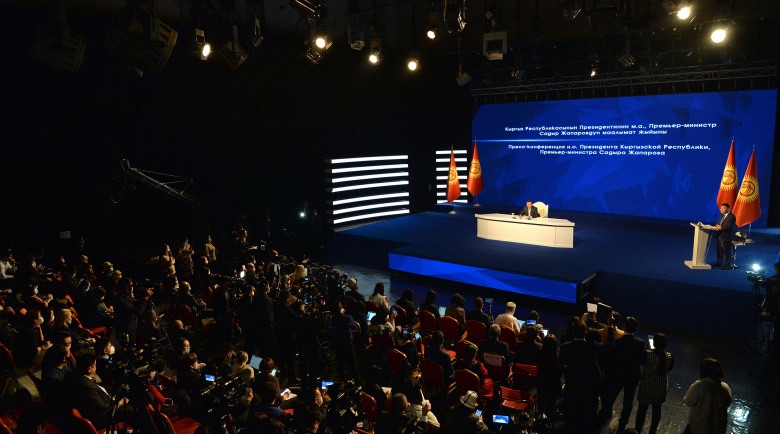 Acting President of the Kyrgyz Republic Sadyr Zhaparov today, November 12, held a press conference for representatives of the media.

During the press conference, he answered a wide range of questions from the economy to foreign policy, which were asked by domestic and foreign journalists.

Sadyr Zhaparov spoke about plans to reform state structures, refuted rumors about the transfer of mineral deposits by paying foreign debt, and noted his openness to cooperation with all political forces in the name of unity and development of the country.

He added that a lot of work is being done to create conditions for attracting and supporting investors.

Also during the press conference, the topics of constitutional reform, measures to counter the spread of coronavirus infection, preparations for the autumn-winter period, as well as the fight against corruption and the "shadow" economy were discussed.

Acting President assured that he does not accept political persecution of opponents and pressure on journalists, called on the media to objectively cover events in the country and openly publish facts about the use of administrative resources and bribery of voters in the upcoming presidential elections.

The press conference was broadcast live on the Public Broadcasting Corporation and other republican TV channels.