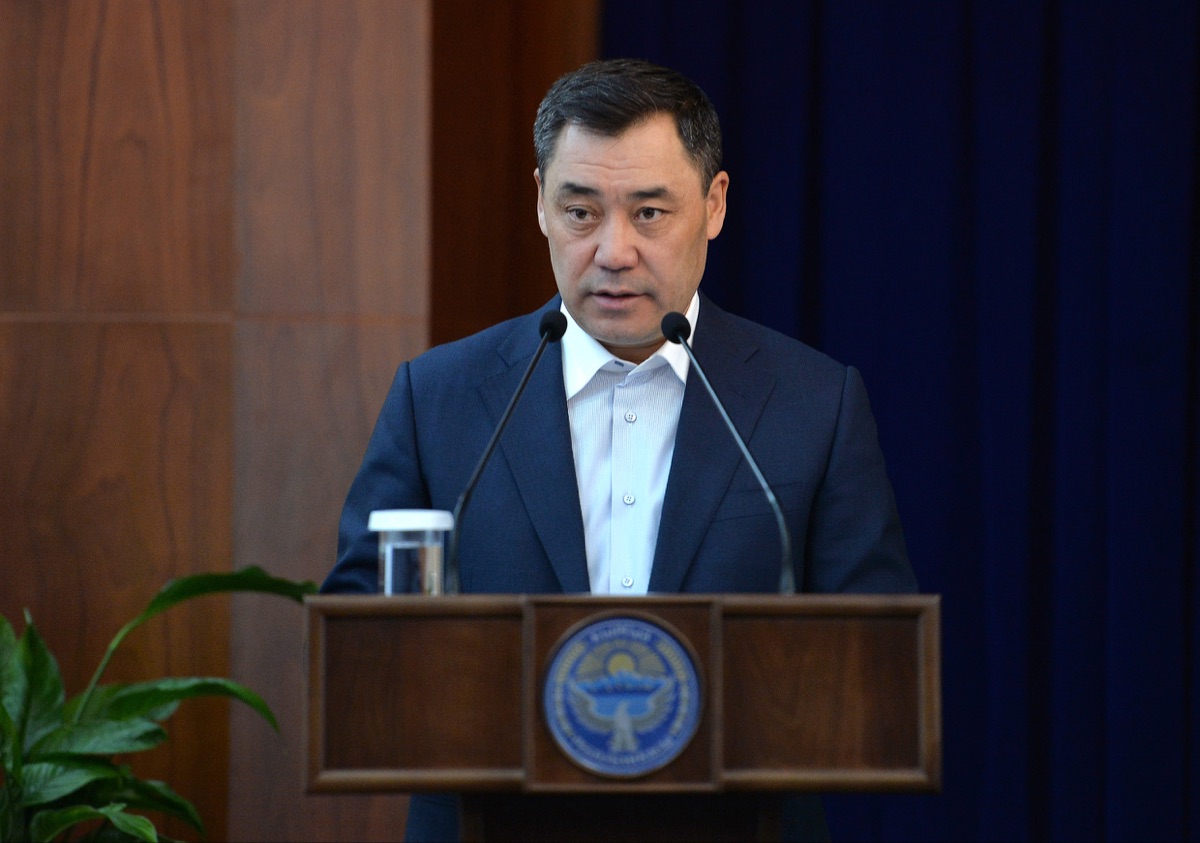 Acting President of the Kyrgyz Republic, Prime Minister Sadyr Zhaparov met today, November 13, with heads of diplomatic missions and international organizations, as well as with honorary consuls of foreign states accredited in Kyrgyzstan.

In his speech to the participants of the meeting, the acting Head of State noted that the main essence of diplomacy is to build a "Golden Bridge" between peoples and States.

Sadyr Zhaparov emphasized that Kyrgyzstan is always interested in developing friendly relations with its foreign partners, as well as with international and regional organizations.

He also said that the events that took place on October 5 in Kyrgyzstan were the result of unfair parliamentary elections.

As noted by the acting President. The situation in the country has stabilized and political processes have returned to the legal field.

Sadyr Zhaparov stressed that at the moment, the state authorities are tasked with solving current socio — economic problems in the country, restoring investor confidence and reforming the public administration system.

The Head of State also noted that the Kyrgyz Republic will invariably adhere to continuity in its foreign policy and strict compliance with all its international obligations within the framework of previously reached bilateral and multilateral agreements.

He focused special attention on the current priorities of foreign policy, assured that, as before, Kyrgyzstan will continue to strengthen cooperation with allies and strategic partners and expressed gratitude to foreign states and international organizations for supporting Kyrgyzstan in countering the coronavirus pandemic.

Acting President also noted the importance that the Kyrgyz Republic attaches to cooperation with key international structures such as the EAEU, CSTO, SCO, UN, EU, CIS, CCTS and others.

Sadyr Zhaparov thanked the representatives of the diplomatic corps for participating in the event and expressed hope for further strengthening of comprehensive cooperation between the Kyrgyz Republic and the international community.