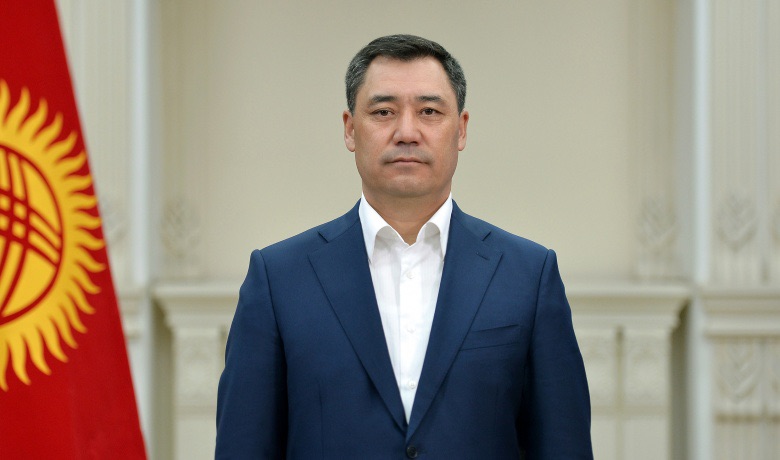 Below is the text of the appeal.

Massive violations of the law during the parliamentary elections caused riots on October 5-6.

Thousands of people took part in protests in Bishkek and other regions. They demanded a repeat election and the resignation of the President.

As a result, the Central Election Commission was forced to cancel the results of the October 4 elections.

At the demand of the people, the former Government resigned, and a new Government was formed in accordance with the procedure specified in the Constitution.

Undoubtedly, this was one of the fateful events in Kyrgyzstan at the beginning of the 21st century.

This victory was the victory of the entire people of Kyrgyzstan.

The people's power in a short time restored stability in the social and political life of the country.

All international obligations, as well as the bilateral and multilateral agreements and treaties signed to date, are being fully implemented.

At the same time, dear compatriots, we have very important and difficult tasks that we need to solve without delay.

First of all. Preparations for constitutional reform are underway.

In the coming days, the draft of the new Constitution will be prepared, it will be submitted to the Jogorku Kenesh for consideration.

When considering amendments to the Basic Law, the proposals of each citizen of the country will be taken into account.

If the draft of the new Constitution is supported by the people, a new system of government will be created in the country.

Secondly. As you know, the Jogorku Kenesh adopted the relevant Law, and I signed it. According to him, the next parliamentary elections are scheduled to be held in the spring of 2021, after the completion of constitutional reforms.

Thirdly. The Central Election Commission has set an early presidential election for January 10 next year.

In this regard, as I said earlier, I decided to resign as President of the country, as well as suspend the powers of the Prime Minister of the Kyrgyz Republic, and as an ordinary citizen I will participate in the upcoming presidential elections.

Further, the duties of the President of the Kyrgyz Republic in accordance with the Basic Law will be performed by the Toraga of the Jogorku Kenesh.

I would like to thank all political forces, public figures, representatives of civil society, media, scientific and creative intelligentsia, who supported my candidacy.

I express my deep gratitude to the deputies of the Jogorku Kenesh, who, given the current political situation, despite the pressure of various political forces, trusted me three times. In addition, I would like to thank the heads of all branches of government, state and local authorities for their joint work.

I respect all my future opponents and wish them success.

At the same time, I urge you to prevent the division of the country into north and south, into regions or relatives.

To preserve peace and stability in the country, to put the interests of the people and the state above personal ambitions.

Peace in the country, the unity of the people and the security of our society are the most important things.

For all of us, the fate of our state and our native people should be the most precious thing.

We are all Kyrgyzstanis!

We are a united and multinational people!

We have different political views, but our goal is one: to ensure a bright future for our country - Kyrgyzstan.

I wish all my compatriots good health, long life and prosperity.

May there be peace, unity and harmony in our people and in our beloved country. May our state prosper!