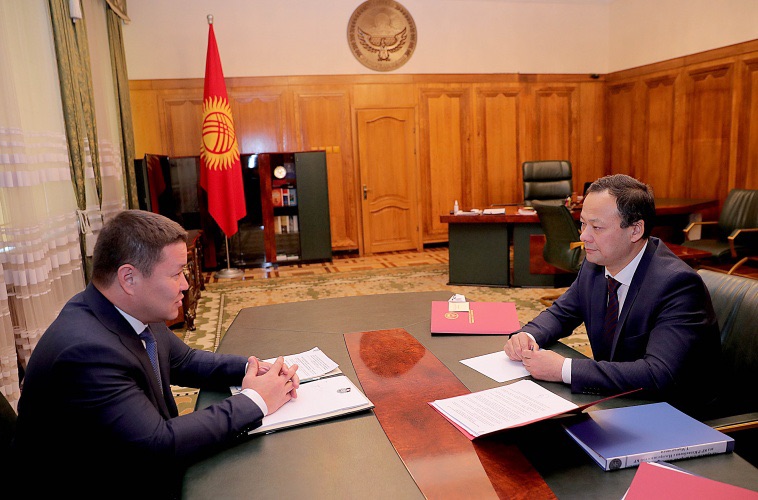 The Acting President of the Kyrgyz Republic, Toraga of the Jogorku Kenesh Talant Mamytov, today, on November 17, received the Minister of Foreign Affairs of the country Ruslan Kazakbaev.

During the meeting, the Foreign Minister informed about the activities to develop the priority directions of the country's foreign policy, the work carried out to implement the agreements reached at the highest level, as well as issues of protecting the rights and interests of Kyrgyzstanis abroad.

The Acting President noted the importance of further pursuing an effective foreign policy for the consistent development of mutually beneficial and constructive ties with foreign partners.

Talent Mamytov outlined a number of specific tasks for the Ministry of Foreign Affairs aimed at further effective implementation of the country's foreign policy.