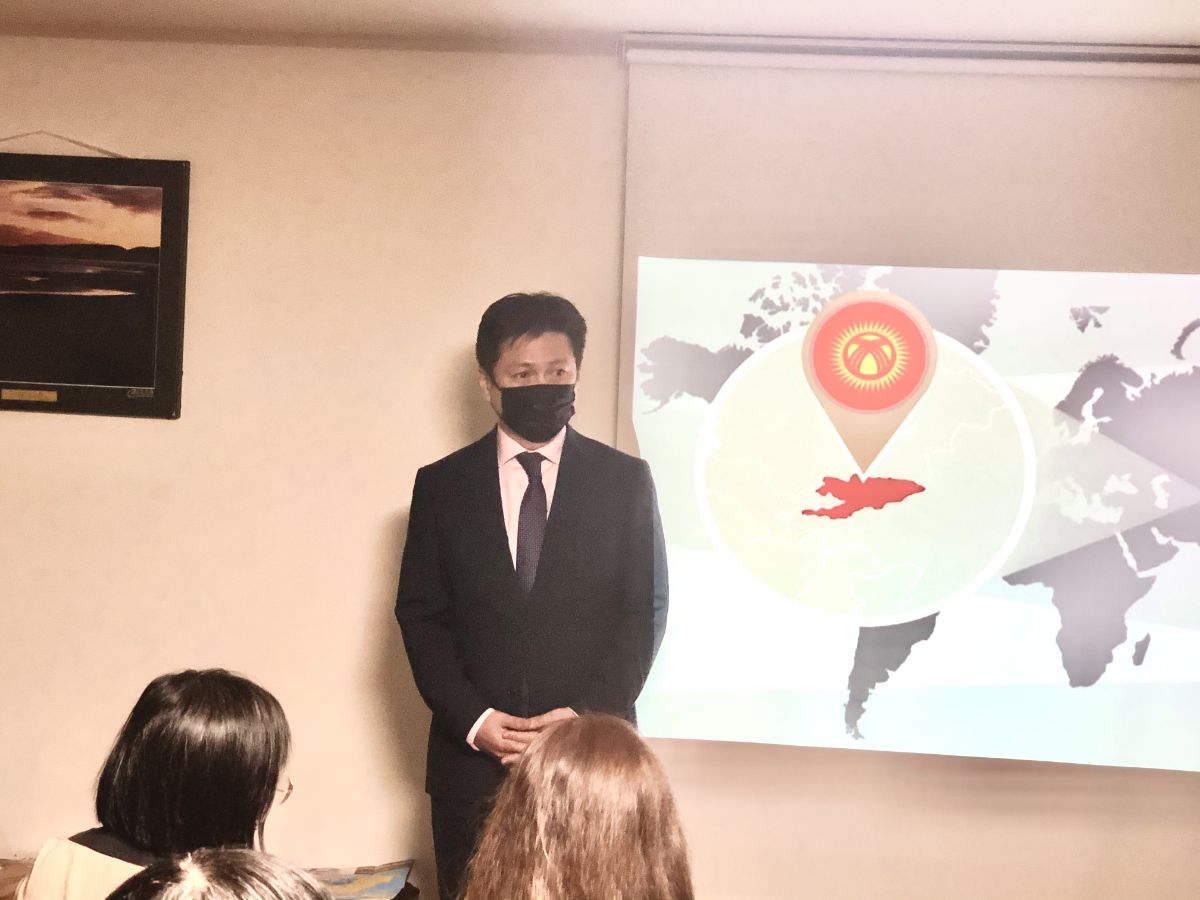 On December 15, 2020, the Embassy of the Kyrgyz Republic in Japan hosted an evening of Kyrgyzstan’s history and culture.

The event was attended by the representatives of various associations and companies of Japan in the field of intercultural exchange, human resource development, as well as business circles.

Presentations about the history and culture of the Kyrgyz people, as well as videos about the participation of the Japanese delegation at the Third World Nomad Games were demonstrated to the guests.

In the second part of the evening, the guests were given the opportunity to get acquainted with the national musical instruments of the Kyrgyz people and folk melodies on komuz and ooz komuz.