А – А А +
Regular version
Hide
News / News and Events / The Minister of Foreign Affairs of the Kyrgyz Republic Zheenbek Kulubaev was received by the Crown Prince, Prime Minister and Deputy Commander-in-Chief of the Armed Forces of the Kingdom of Bahrain, His Highness Salman bin Hamad Al Khalifa 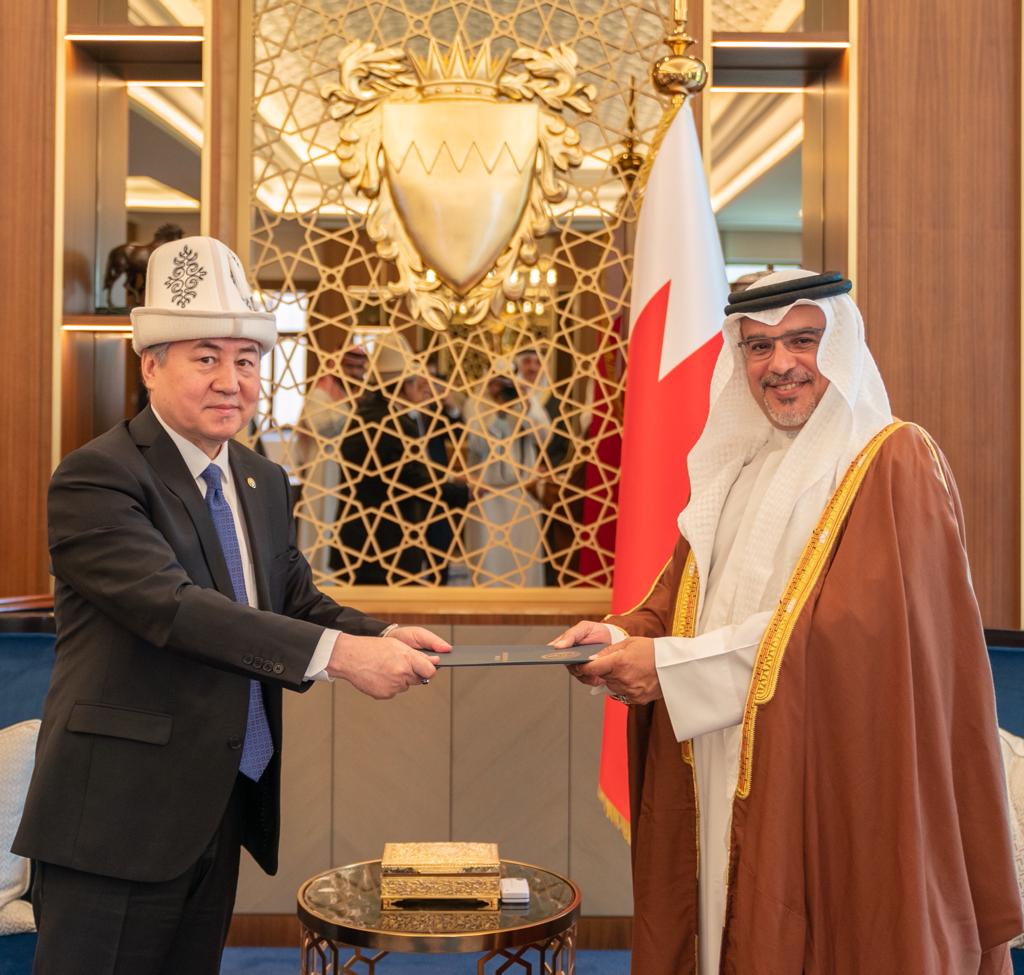 On June 21, 2022, in the city of Manama, within the framework of an official visit to the Kingdom of Bahrain, the Minister of Foreign Affairs of the Kyrgyz Republic, Mr. Zheenbek Kulubaev was received by the Crown Prince, Prime Minister and Deputy Commander-in-Chief of the Armed Forces of the Kingdom of Bahrain, His Highness Salman bin Hamad Al Khalifa, who noted the significance of the first official visit of the Foreign Minister of Kyrgyzstan to Bahrain in the history of bilateral relations which creates favorable prerequisites for the further development of bilateral ties.

Minister Zh. Kulubaev conveyed a special Letter addressed to the King of Bahrain, noting that Kyrgyzstan is interested in close cooperation with the Kingdom of Bahrain and expresses its readiness to conduct an active political dialogue with him in all areas of mutual cooperation. The Head of the Foreign Ministry of Kyrgyzstan informed the Crown Prince of Bahrain

S. Al Khalifa on the policy pursued by the President of the Kyrgyz Republic Sadyr Japarov and the Cabinet of Ministers of the Kyrgyz Republic and the measures taken to develop the national economy, improve the investment climate and develop the tourism sector in the country. At the same time, it was noted that a visa-free regime for up to 60 days applies to Bahraini citizens.

In addition, the sides exchanged views on important aspects of the international and regional agenda, including issues of food security, humanitarian crisis, and also discussed the situation in Ukraine and Afghanistan.

The parties agreed to take joint measures to activate Kyrgyz-Bahraini relations, increase trade, economic, cultural and humanitarian ties, including by organizing mutual visits at the highest and highest levels.

The meetings were held in a warm and friendly atmosphere. Minister Zh. Kulubaev expressed gratitude to His Highness for his time and assured that he would inform the head of state about the results of the meeting.