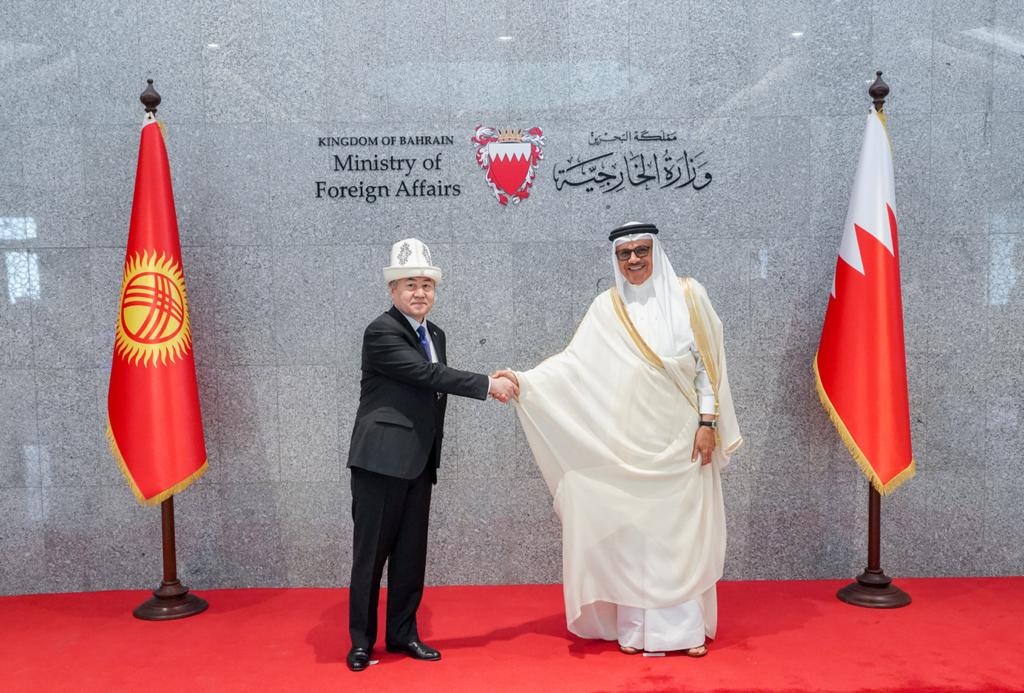 The parties discussed the current state of bilateral cooperation and prospects for its further development in various fields. Particular emphasis was placed on intensifying bilateral cooperation, holding joint events, including organizing mutual visits at high and top levels, holding regular inter-ministerial consultations, as well as developing cooperation between the diplomatic academies of the two countries in the field of personnel training, creating effective mechanisms to expand trade and economic ties between Kyrgyzstan and Bahrain, and ways to resolve topical issues Kyrgyz-Bahraini relations, the creation of an effective transport and logistics system and the development of tourism between the two countries, as well as the establishment of the export of agricultural products from Kyrgyzstan to Bahrain.

In order to enhance cooperation between the two countries , Minister Zh. Kulubaev suggested that the Bahraini side actively use political and diplomatic tools, as well as create a Kyrgyz-Bahraini intergovernmental commission on trade, economic, cultural and humanitarian cooperation. In addition, the official signing ceremony of the following bilateral documents took place during the meeting:

1. Agreements between the Cabinet of Ministers of the Kyrgyz Republic and the Government of the Kingdom of Bahrain on exemption from visa requirements of holders of diplomatic, service and special passports.

At the end of the meeting, the parties expressed their readiness to further strengthen the political dialogue and further expand bilateral ties between Kyrgyzstan and Bahrain, and also agreed to actively cooperate within the framework of international and regional organizations, providing mutual support to each other. Minister Zh. Kulubaev invited his colleague to pay an official visit to the Kyrgyz Republic in the very near future.