А – А А +
Обычная версия
Скрыть
News / News and Events / The Minister of Foreign Affairs of the Kyrgyz Republic Mr. Zheenbek Kulubaev met with the Speaker of the Council of Representatives of the National Assembly of the Kingdom of Bahrain Mrs.Fawzia Abdulla Yusuf Zainal 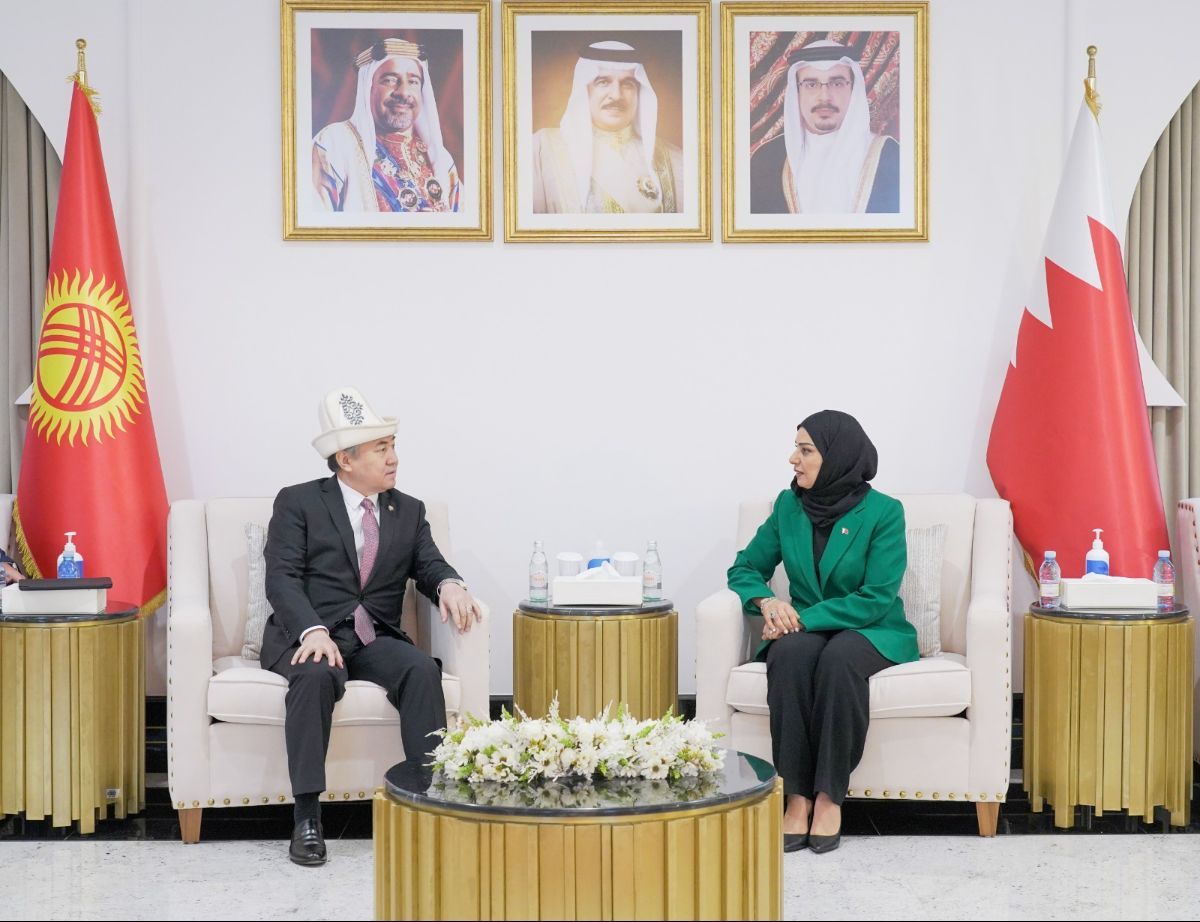 On June 22, 2022, in the city of Manama, within the framework of an official visit to the Kingdom of Bahrain, the Minister of Foreign Affairs of the Kyrgyz Republic, Mr. Zheenbek Kulubaev, held a meeting with the Speaker of the Council of Representatives of the National Assembly (Parliament) of the Kingdom of Bahrain, Mrs.Fawzia Abdulla Yusuf Zainal, which was also attended by the head and members of the Committee on International Affairs and Defense of the National Assembly of Bahrain.

The parties expressed mutual interest in developing inter-parliamentary ties and holding regular meetings at the level of parliamentary friendship groups, and also noted the importance of exchanging experience in lawmaking between the two countries.

Minister Zh. Kulubaev expressed Kyrgyzstan's readiness to expand cooperation with the Kingdom of Bahrain in various fields and to continue political dialogue on topical issues of bilateral relations and the international agenda, organizing mutual visits at the highest and highest levels.

The parties agreed to direct joint efforts to deepen bilateral trade and economic ties and develop the tourism sector. At the same time , Zh . Kulubaev informed about the work carried out by the President of the Kyrgyz Republic on the development of the country, attracting investments and tourists, as well as creating favorable conditions for them, a vivid example of which is the visa-free regime introduced for Bahraini citizens for up to 60 days.