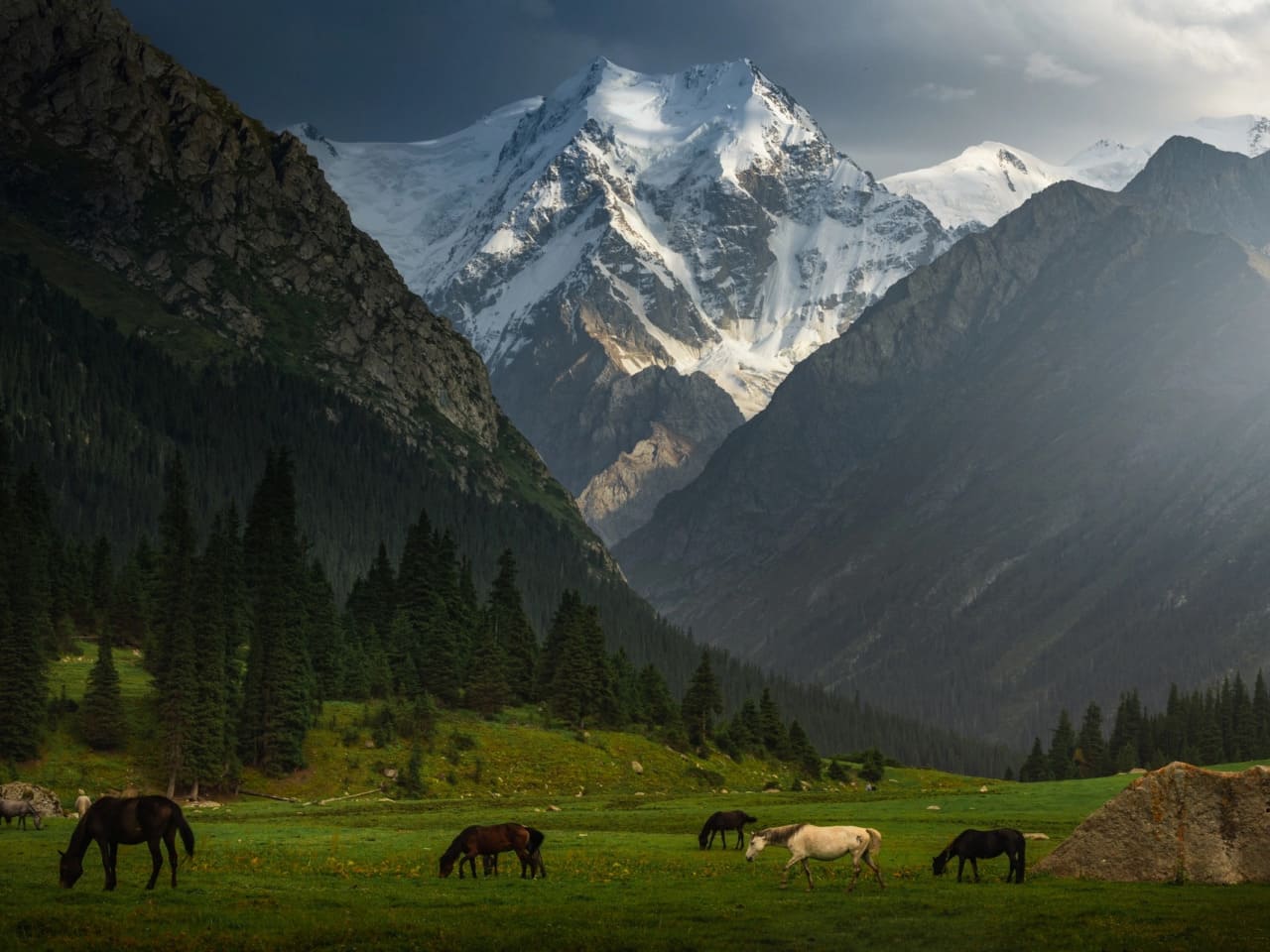 The Kyrgyz Republic is located in the northeastern part of Central Asia, occupies the western part of the Tien Shan mountain system and the northern mountainous regions of Pamir-Alay. More than 80% of the republic's territory is located at an altitude of more than 1500 meters above sea level.

The country has a high tourism potential, covering 22 diverse ecosystems; 160 varieties of mountain and plain landscapes; 94% of the territory is occupied by mountains, of which 70% are high mountains. Among the famous mountain peaks are such as Pobeda Peak (7439 m), Lenin Peak (7134 m), Khan-Tengri Peak (6995 m). One of the longest glaciers "Enylchek" is a landmark of the world scale.

There are 1923 beautiful lakes in the Kyrgyz Republic, the main of which is Lake Issyk-Kul, one of the largest and deepest alpine lakes in the world; more than 40 thousand rivers, the main source of water in which is the melt water of mountain glaciers.
The Kyrgyz Republic is one of the 200 priority ecological regions of the planet. There are a number of specially protected natural areas in the republic, occupying 6% of the country's area, incl. 1 biosphere territory, 10 state reserves, 9 natural national parks, 68 reserves.
The Kyrgyz Republic is located along the Great Silk Road, on the roads of which there are 583 historical and cultural monuments and archaeological sites, some of which (Nevaket, Suyab, Balasagyn, Sulaiman-Too) are of global importance and are included in the UNESCO World Heritage List.

The territory of the country is one of the oldest centers of human civilization. The Kyrgyz, an ethnic group known in Central Asia already in the first millennium BC, have brought their identity and culture through the centuries to the present day. Separate objects of intangible cultural heritage, such as the trilogy of the epic “Manas”, the traditional dwelling of nomadic peoples “Yurt”, types of felt carpet “Shyrdak” and “Ala kiyiz” are included in the UNESCO World Heritage List.
Kyrgyzstan has a wide range of tourism resources for the country to become an international tourist center in the future. According to the World Tourism Organization, foreign tourists interested in tours along the Great Silk Road account for 27% of the total number of tourists.