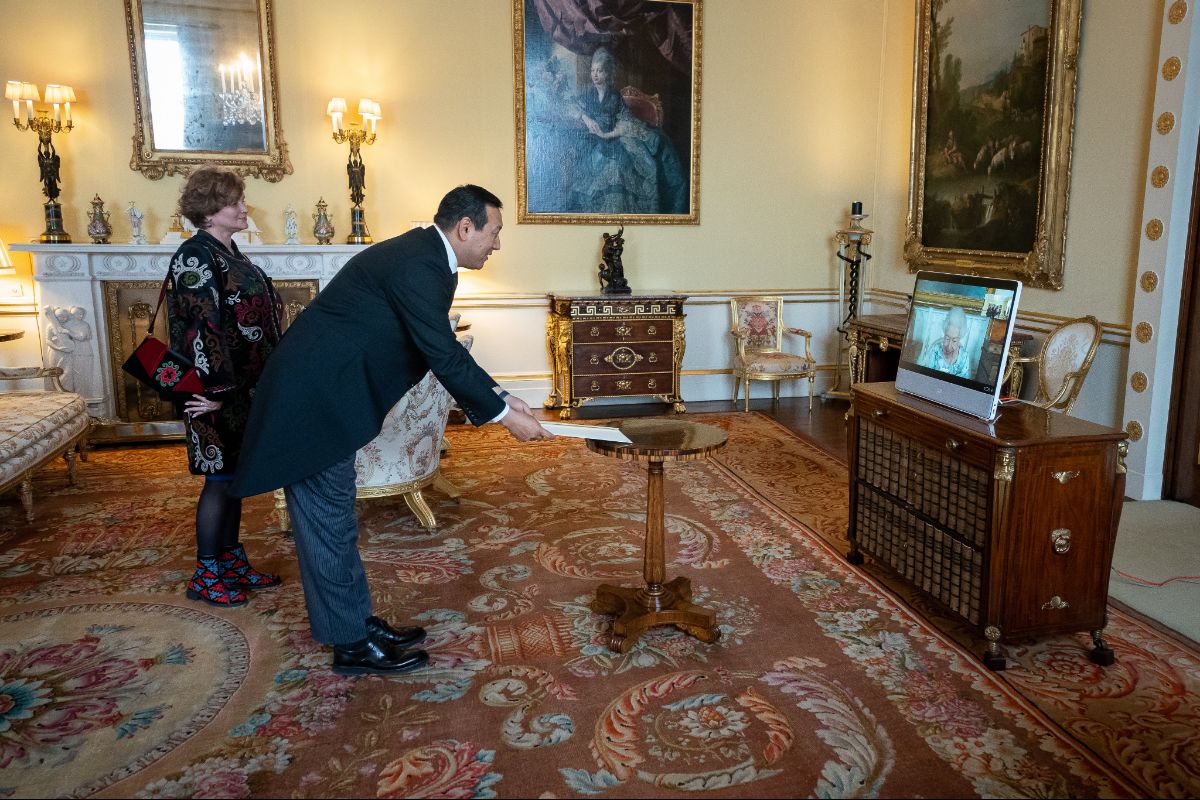 On July 7, 2022, the ceremony of presenting Credentials by the Ambassador of Kyrgyzstan to the UK Ulan Dzhusupov to Her Majesty Queen Elizabeth II took place in a virtual mode.

Ambassador U. Dzhusupov, expressing gratitude for the opportunity to present his Credentials, stressed the high level of cooperation between Kyrgyzstan and the UK and the prospects for their development in various fields.

U. Dzhusupov also congratulated Her Majesty on the occasion of the 70th anniversary of the Queen's ascension to the throne of the monarch and the successful reign of the United Kingdom all these years. At the same time, he noted that earlier, on February 6 this year, the President of the Kyrgyz Republic Sadyr Japarov congratulated the Queen on her platinum anniversary, in which he conveyed the best wishes of the people of Kyrgyzstan to Queen Elizabeth II.

The Ambassador assured that he would make every effort to further strengthen Kyrgyz-British relations.

In turn, Queen Elizabeth II congratulated U. Dzhusupov on his assumption of the post of Ambassador Extraordinary and Plenipotentiary of the Kyrgyz Republic and wished him fruitful work, success in implementing his plans.