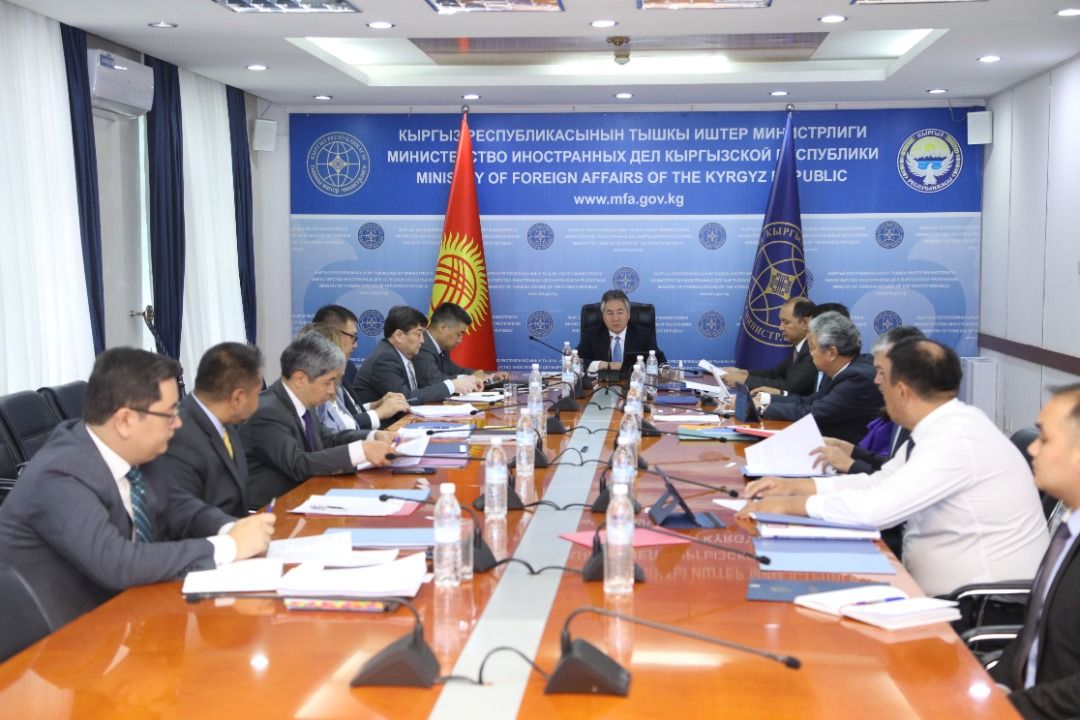 Before opening the session of the Collegium, Minister Zheenbek Kulubaev pointed out that in June this year a new Regulation on the Collegium of the Ministry of Foreign Affairs of the Kyrgyz Republic was developed and approved, introducing significant changes to the format and nature of the work of the Collegium, aimed at increasing its performance and efficiency.

The Collegium assessed the activities of each organizational unit of the Ministry of Foreign Affairs and each Foreign agencies of the Kyrgyz Republic for the reporting period.

Following the discussion of the results of the Ministry for the first half of 2022, the Minister Kulubaev pointed out the priority foreign policy objectives for the second half of 2022. Particular attention was focused on the need to strengthen economic diplomacy, provide assistance in attracting foreign investment to the country, promote domestic exports, tourism potential, protect the rights and interests of Kyrgyz citizens abroad.