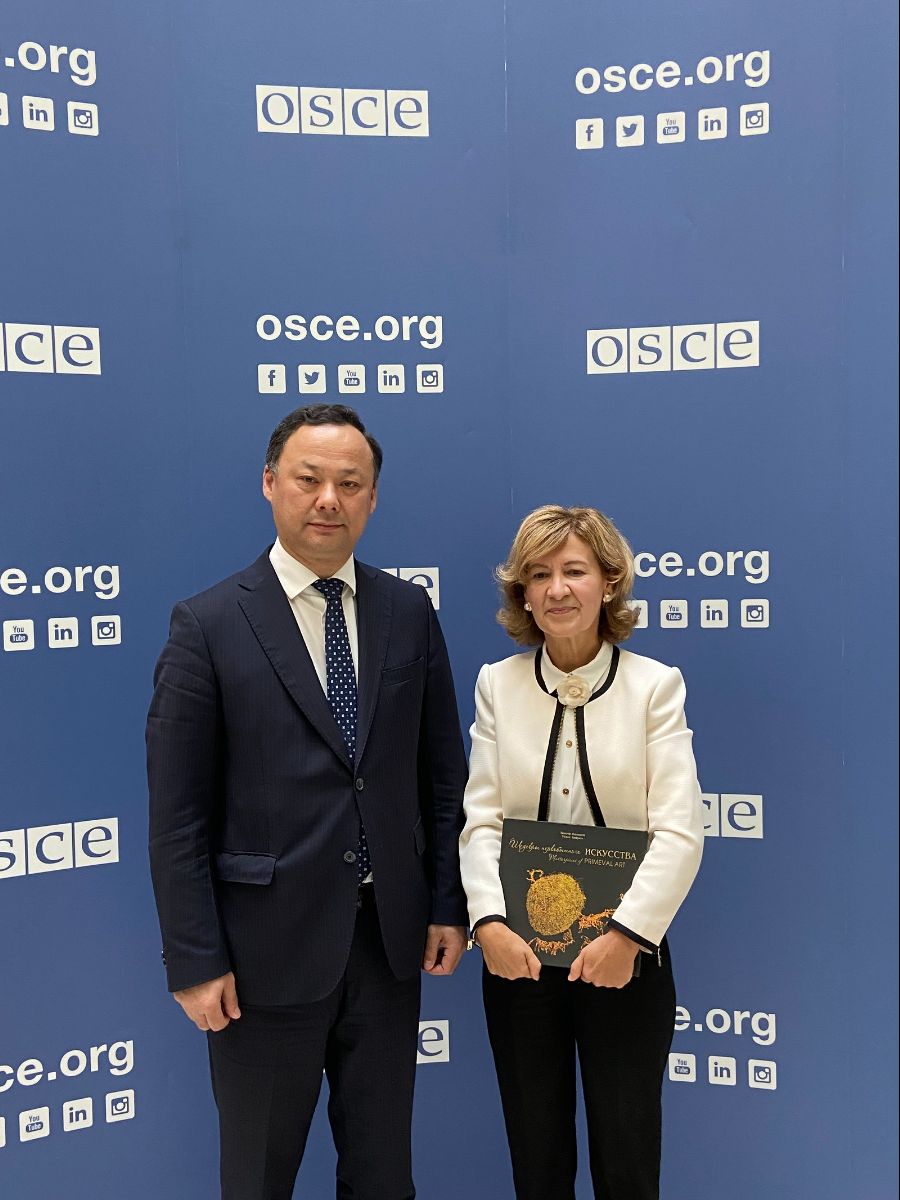 On October 1, 2021, in Vienna, Austria, the Minister of Foreign Affairs of the Kyrgyz Republic Mr.Ruslan Kazakbaev held a meeting with the OSCE Representative on Freedom of the Media Ms.Teresa Ribeiro.

During the meeting, the Head of the Foreign Ministry of the Kyrgyz Republic assured that Kyrgyzstan places great importance to cooperation with the OSCE on freedom of the media.

R.Kazakbaev informed about the internal political situation in the country, preparations for the parliamentary elections. He emphasized that Kyrgyzstan is committed to further strengthening its authority as a country that respects and protects human rights.

The head of the Foreign Ministry noted the steady development of the level of freedom of speech and media in Kyrgyzstan, the high level of professional training of independent media in the Kyrgyz Republic. At the same time, he drew attention to the fact that there are no obstacles for free media registration and their functioning in the country, there is no state censorship. The situation related to the safety of journalists in the Kyrgyz Republic is stable. There are no cases of murder or violence against journalists or media workers. There are no obstacles to the investigative work of the media.

Minister Kazakbaev informed that according to the rating of freedom of speech of the International Organization "Reporters without Borders", which was published in 2021, Kyrgyzstan ranks 79th out of 180 countries and improved its rating by 19 places compared to 2018.

In this context, R.Kazakbaev offered the Representative's Office to assist in organizing training sessions for journalists and media representatives of the Kyrgyz Republic with visits to countries that occupy the first positions in the Reporters Without Borders rating.

Taking this opportunity, Foreign Minister invited the Representative to visit the Kyrgyz Republic.

In her turn, Ms. Teresa Ribeiro noted with satisfaction the high level of freedom of speech and media in the Kyrgyz Republic, including investigative journalism. She welcomed the policy of the Kyrgyz leadership to ensure the safety of journalists and the key role of the media in carrying out important political and economic reforms and further democratization of society.

The Representative noted that she will continue to fight new challenges, including disinformation, in cooperation with the participating States.

Ms. Teresa Ribeiro expressed the readiness of the Bureau to provide all the necessary assistance and support to the authorities of the Kyrgyz Republic in fulfilling their obligations regarding freedom of the media, including organizing educational trainings for journalists and media representatives in the Kyrgyz Republic.