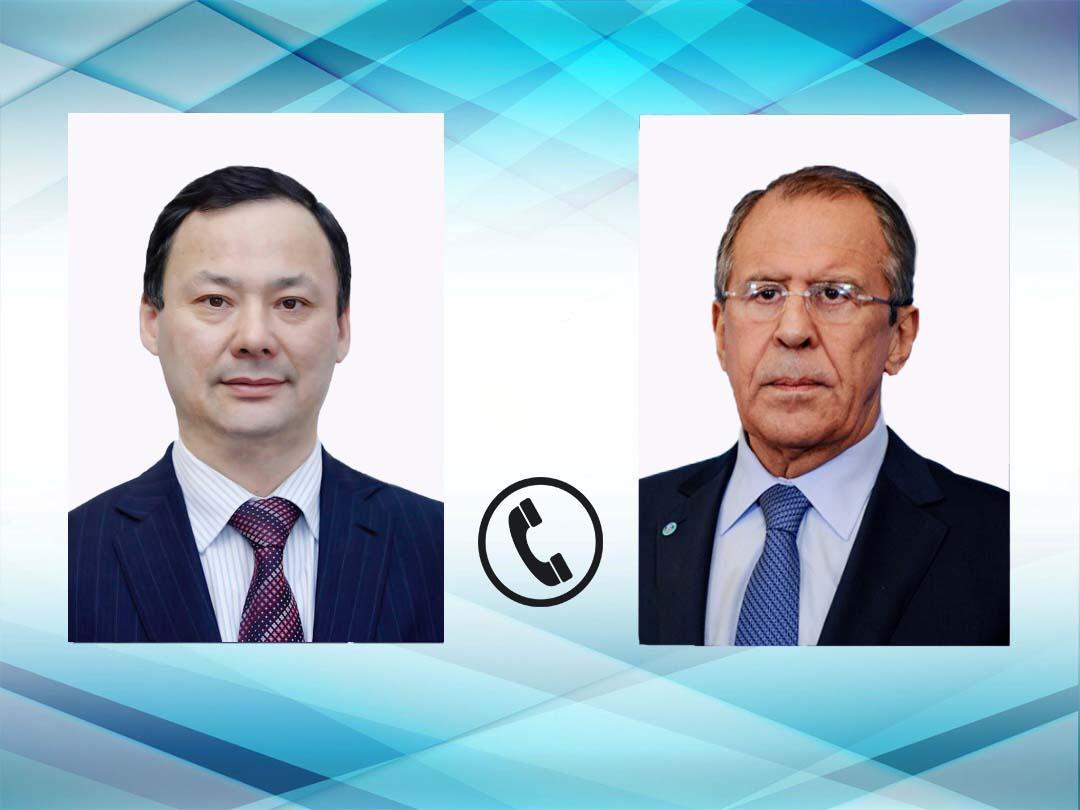 ​Minister Kazakbaev informed Minister Lavrov about the events of April 28-29, 2021 as well as current situation in Batken oblast of the Kyrgyz Republic. He emphasized intentionof the Kyrgyz Party to follow the agreements achieved at high and highest levels following negotiations between the Kyrgyz Republic and the Republic of Tajikistan.

​Mr. Kazakbaev and Mr. Lavrov shared the view that theconflict that caused numerous casualties and wounded people from both sides needs to be settled only through political and diplomatic negotiations.

​Head of Russian Foreign Ministry emphasized that Russianside as a reliable partner of Kyrgyz side is closely monitoringthe situation on the border of Kyrgyzstan and, in this context, he welcomed the efforts of Kyrgyz side on the settlement of incident on the Kyrgyz-Tajik border. Mr. Lavrov expressed thereadiness of the Russian Federation to provide full support infurther stabilization of situation and the aid to the residents of Batken oblast of the Kyrgyz Republic affected by the conflict.

​Ministers of Foreign Affairs of Kyrgyzstan and Russiaagreed to organize meetings in the near future within the schedules of forthcoming international events.