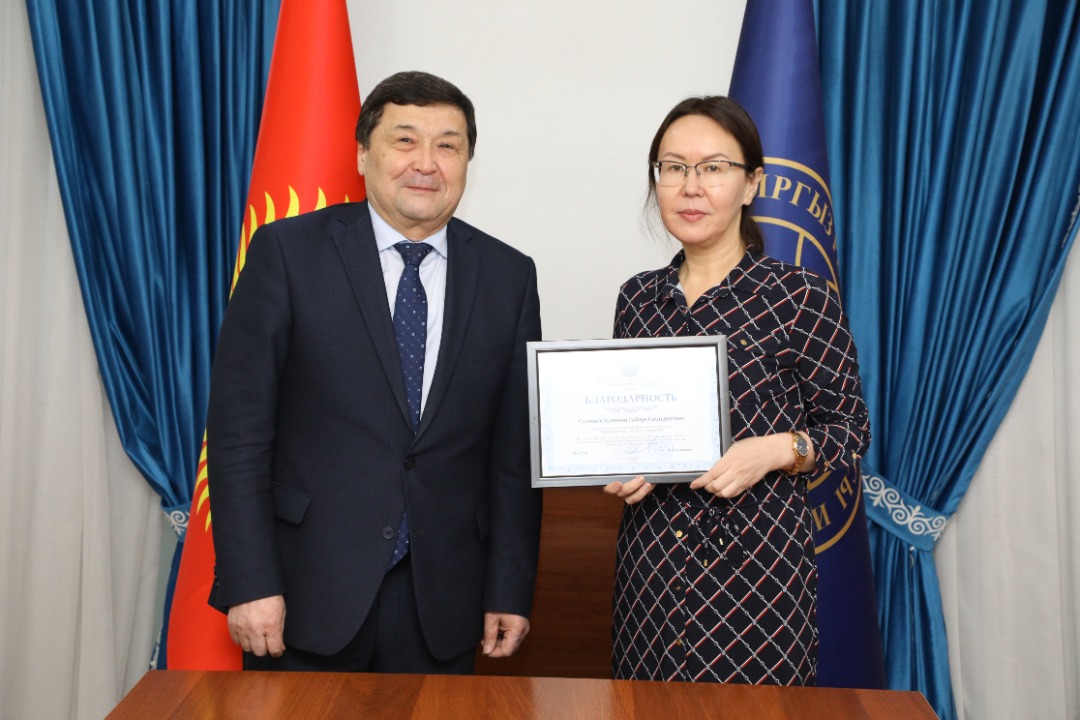 During the meeting A.Madmarov, on behalf of the Foreign Affairs Ministry of the Kyrgyz Republic R.Kazakbaev, expressed to S.Soltongeldieva for the support in adoption of the UNESCO resolution entitled “Strengthening mountain glacier monitoring and research” during the 41st session of UNESCO General Conference in November 2021. Deputy Minister A.Madmarov noted the importance of further joint work to achieve concrete outcomes on the implementation of initiatives in sphere of ecology, announced by the President of the Kyrgyz Republic S.Japarov during the General Debates of 76th session of UN General Assembly in September 2021, and the UN and UNESCO resolutions, adopted under the Kyrgyzstan’s initiative.

Also the parties exchanged opinions on further interaction for the full implementation of the mentioned initiatives and other dimensions of cooperation between the Kyrgyz Republic and UNESCO in culture, education and social development.