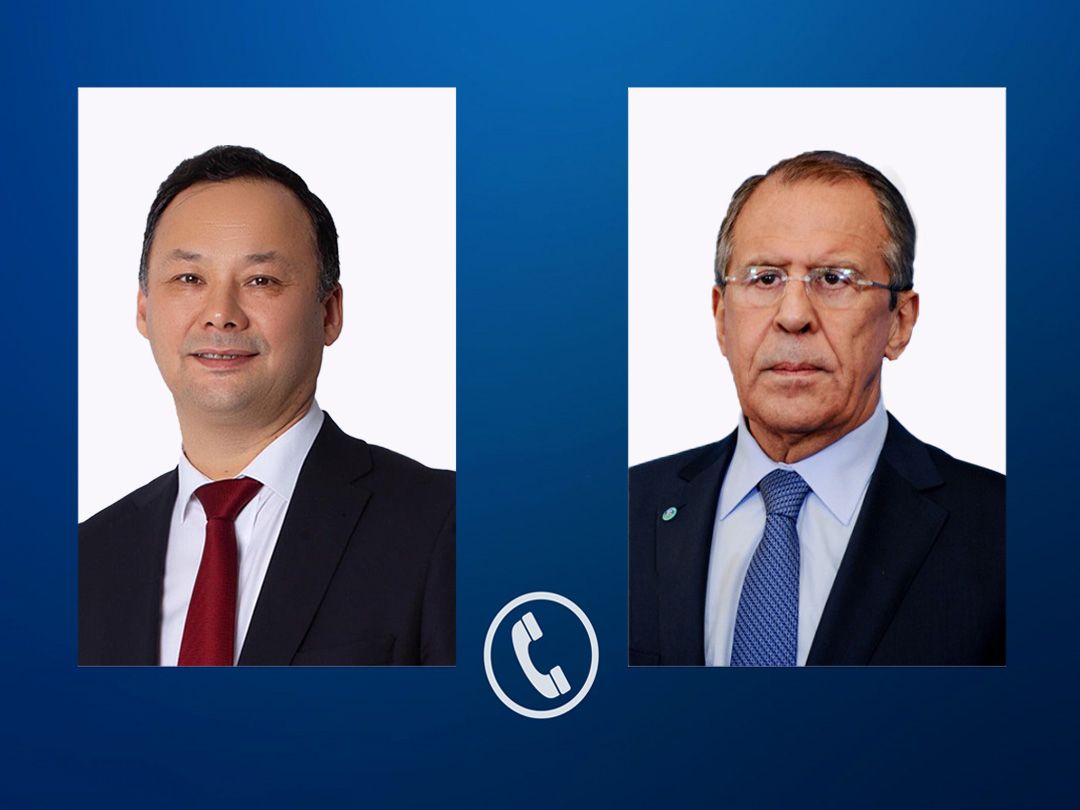 During the conversation, the heads of the foreign ministries of the two countries discussed topical issues on the agenda of Kyrgyz-Russian relations, exchanged views on international and regional issues, taking into account the aggravation of the military-political situation in Afghanistan, as well as the possibility of evacuating citizens in case of further worsening of the situation.

The Russian side was informed that this fact was registered in the Single register of crimes and misconducts under Article 266 ("Hooliganism") of the Criminal Code of the Kyrgyz Republic. On August 12 of this year the suspect was placed in a temporary detention center, the court will choose a measure of restraint for him.

Minister R. Kazakbaev drew the interlocutor's attention to the fact that the Kyrgyz side condemns all cases of aggression based on nationalism. He noted that such actions, which may occur both in Kyrgyzstan and in Russia, regardless of who committed them, should be assessed accordingly and all the necessary measures should be taken to avoid negative consequences in bilateral relations.

Expressing regret that some deputies of the State Duma of the Russian Federation proposed, as one of the response measures to this incident, to prohibit entry to Russia for persons who allowed themselves such actions, R. Kazakbaev noted that such statements of some Russian politicians should not be reflected in mutual trips of citizens of the two countries.

At the same time, the head of the foreign policy agency of the Kyrgyz Republic, drawing attention to the fact that similar daily cases occur in Russia, stressed that isolated cases of domestic nationalism should not be presented by the Russian authorities as systematic violations of the rights and interests of ethnic Russians in Kyrgyzstan and should not be regarded as oppression of citizens on ethnic and religious grounds.

At the same time, he emphasized that there is no russophobia and other forms of aggressive nationalism in Kyrgyzstan, there are no facts of rewriting history, fighting monuments and the Russian language. According to the Constitution of the Kyrgyz Republic, Russian is the official language in Kyrgyzstan and is represented in all spheres of life: the media sphere, the education system, health care and cultural life.

In this vein, he assured that Kyrgyzstan will continue the course to protect the status of the Russian language, so that the Russian-speaking population of Kyrgyzstan could fully satisfy their spiritual and social needs.

The parties expressed their mutual readiness for further constructive interaction on the eradication of cases of domestic nationalism in order to strengthen friendly relations between the Kyrgyz Republic and the Russian Federation, which have a particularly privileged character in the spirit of alliance and strategic partnership.