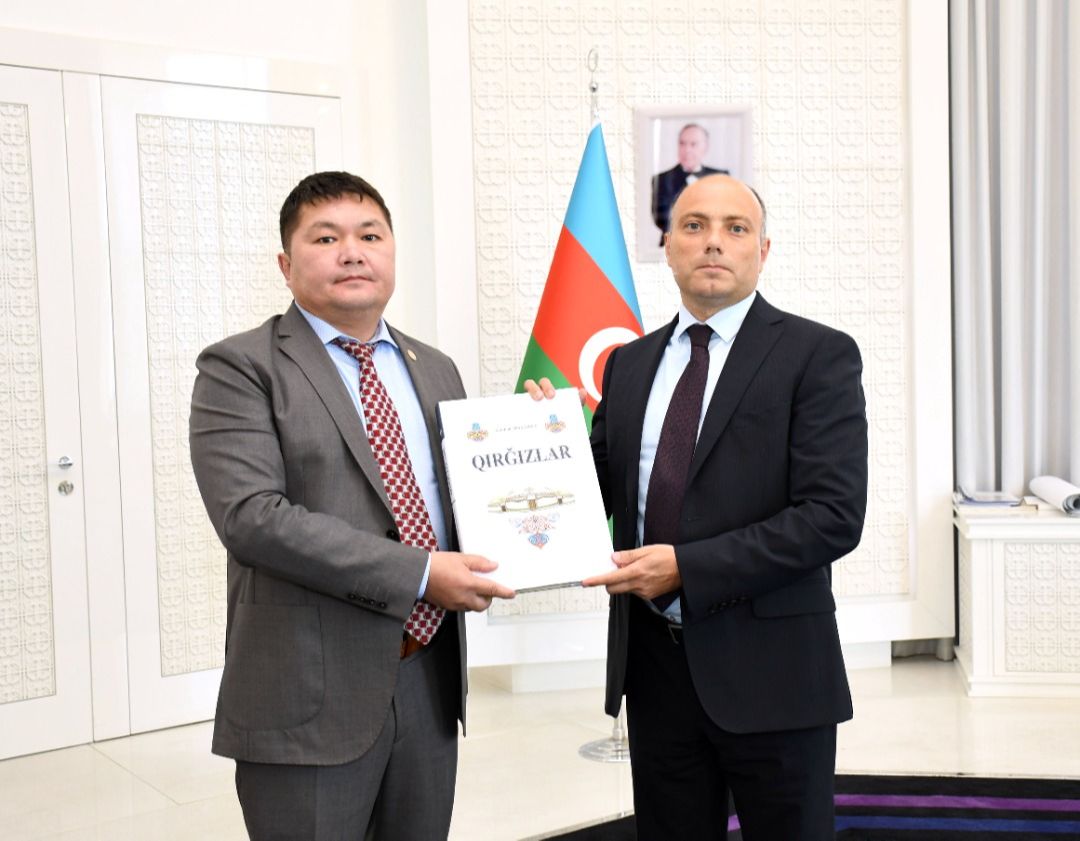 On August 3, 2022, the Ambassador of Kyrgyzstan to Azerbaijan Kairat Osmonaliev met with the Minister of Culture of Azerbaijan Anar Karimov, during which an exchange of views took place on the current state and prospects of bilateral cooperation in the field of culture, and the possibilities of implementing joint projects were discussed.

Also, Ambassador K. Osmonaliev informed the Minister about the events planned to be held in honor of the 35th anniversary of the staging of the operetta "Arşin Mal Alan" ("Seller of hand goods") by Uzeyir Hajibeyli at the Kyrgyz Opera and Ballet Theatre.