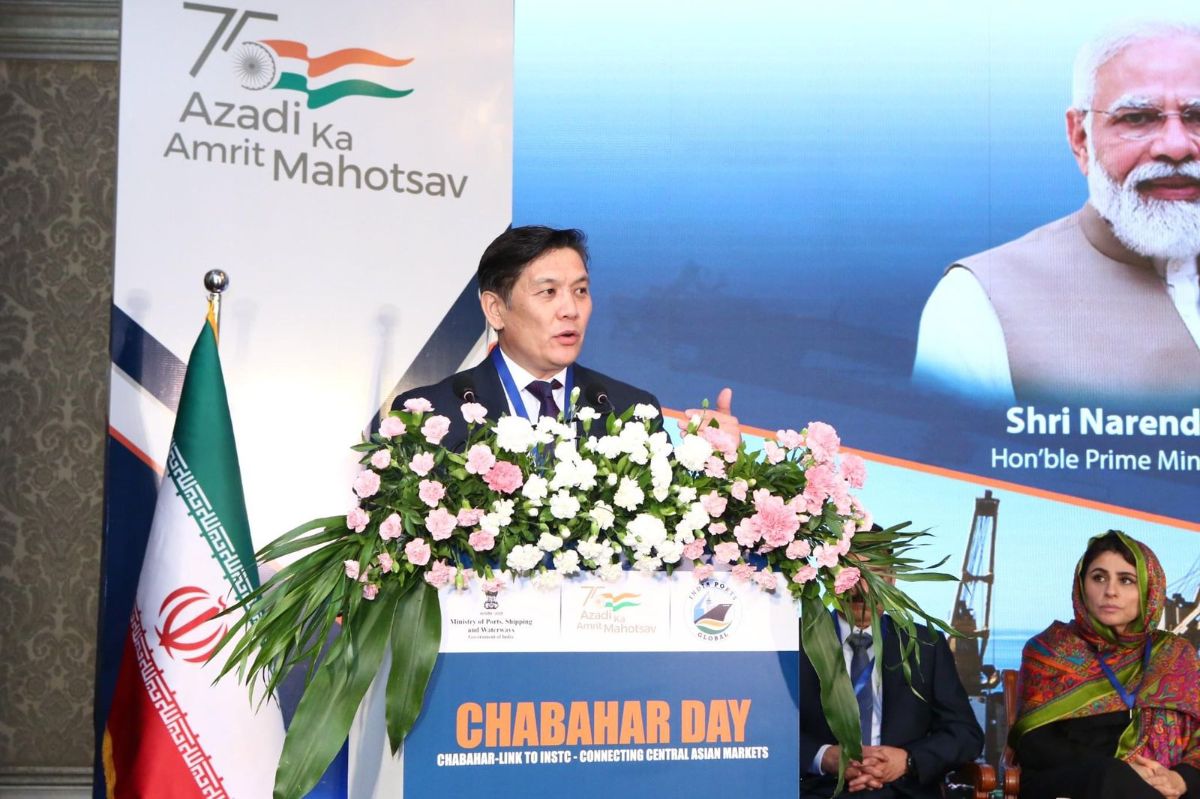 On July 31st, 2022, in Mumbai, the Ambassador of Kyrgyzstan to India, Asein Isaev, took part in an event called "Chabahar Day-2022", dedicated to the development of regional transport routes to access international maritime communications within the framework of the International North-South Transport Corridor (INSTC) project.

The event was attended by the Minister of Ports, Shipping and Waterways of India Sarbananda Sonoval and heads of diplomatic missions of Central Asian countries, Afghanistan and Iran.

The participants discussed the possibilities and prospects for providing reliable alternative access routes to the transport and logistics networks of the countries of Central and South Asia, and also exchanged views on further cooperation in the development of the transport corridor.

In his speech, the Ambassador of the Kyrgyz Republic A.Isaev, noting the importance of the event for the states of Central Asia, emphasized the importance of the joint development of the transport infrastructure of the region to enhance trade relations and increase the economic potential of the countries participating in the project.

At the same time, Ambassador A.Isaev, in order to successfully operate the Chabahar port (located in Iran) and the North-South corridor, outlined the need to increase bilateral trade between Kyrgyzstan and India and expand the export potential of the two countries.

At the end of the event, B2G meetings were held on customs and infrastructure issues, as well as opportunities for using and investing in the seaport.