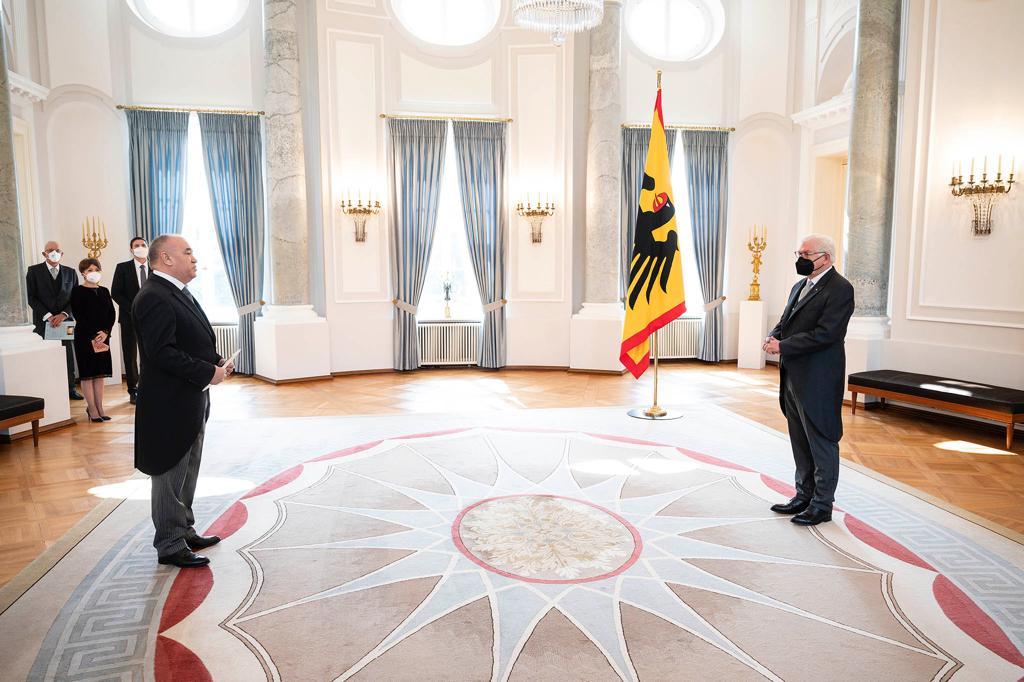 On May 5, 2022, a solemn ceremony of presenting credentials by the Ambassador of the Kyrgyz Republic to the Federal Republic of Germany Omurbek Tekebaev to the Federal President of Germany Frank-Walter Steinmeier took place in Berlin at the Bellevue Palace.

The parties noted that February 3, 2022 marked the 30th anniversary of the establishment of diplomatic relations between Kyrgyzstan and Germany and discussed issues of further strengthening of Kyrgyz-German cooperation in all areas.

Ambassador of the Kyrgyz Republic O.Tekebaev informed German President F.V. Steinmeier about the ongoing reforms in Kyrgyzstan and the current socio-economic situation in the country. The sides also exchanged views on the development of cooperation in Central Asia.

At the end, the National Flag of the Kyrgyz Republic was raised in a solemn atmosphere at the residence of the Federal President of Germany in the Bellevue Palace.