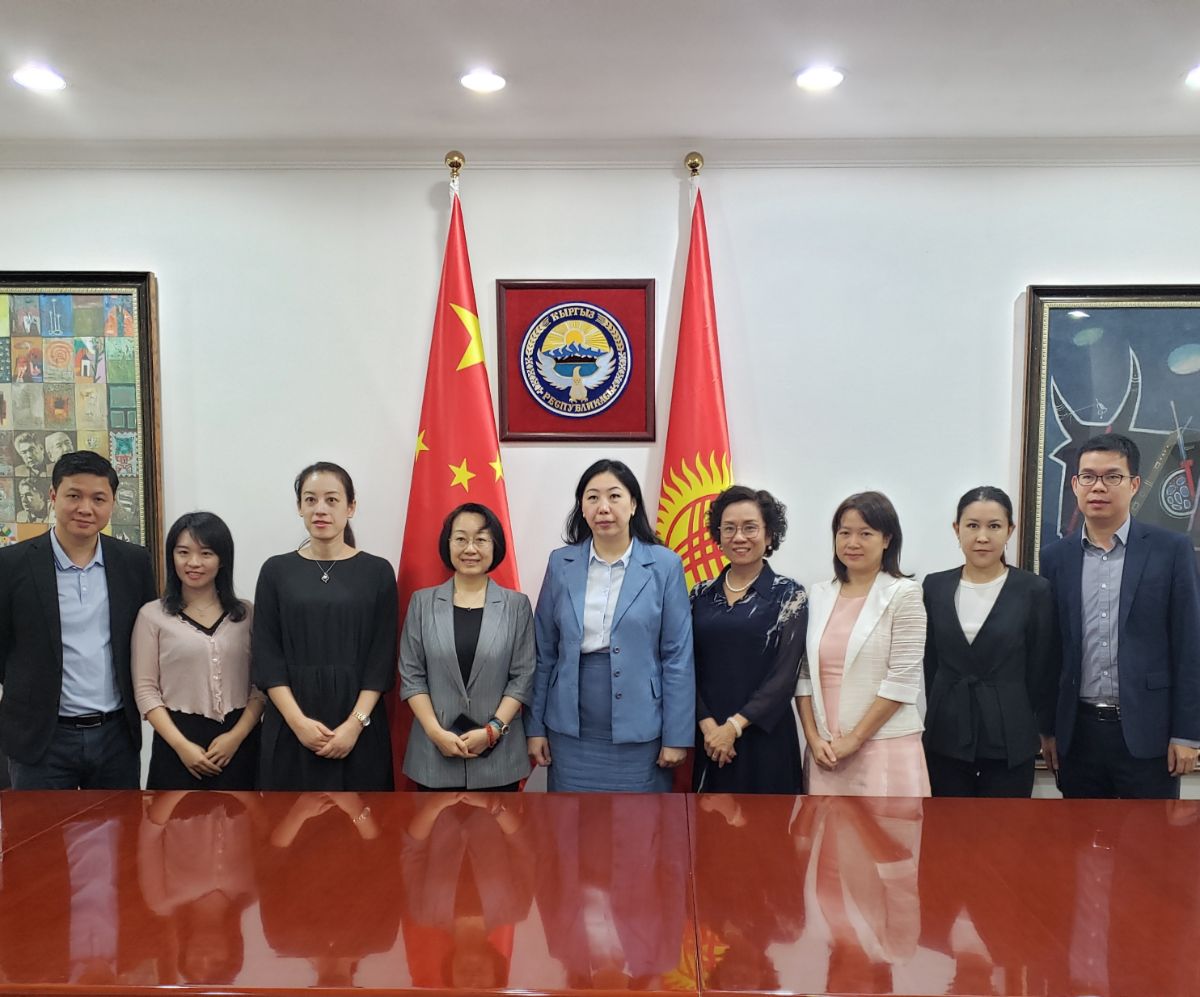 On September 17, 2019 Ambassador Extraordinary and Plenipotentiary of the Kyrgyz Republic to the PRC Mrs. Kanaiym Baktygulova met with the Vice Mayor of Nanning city Mrs. He Ying (Nanning is the administrative center of Guangxi Zhuang Autonomous region of China).

During the meeting the parties discussed issues of Kyrgyz-Chinese interregional cooperation, interaction within the framework of the Chinese initiative “Belt and Road”, etc.

He Ying told about the ongoing work to prepare for the VII China – Central Asia cooperation Forum, in which the Kyrgyz side is expected to participate at a high level. Regarding the establishment of sister relations, it was noted that the Chinese side will actively study this proposal.