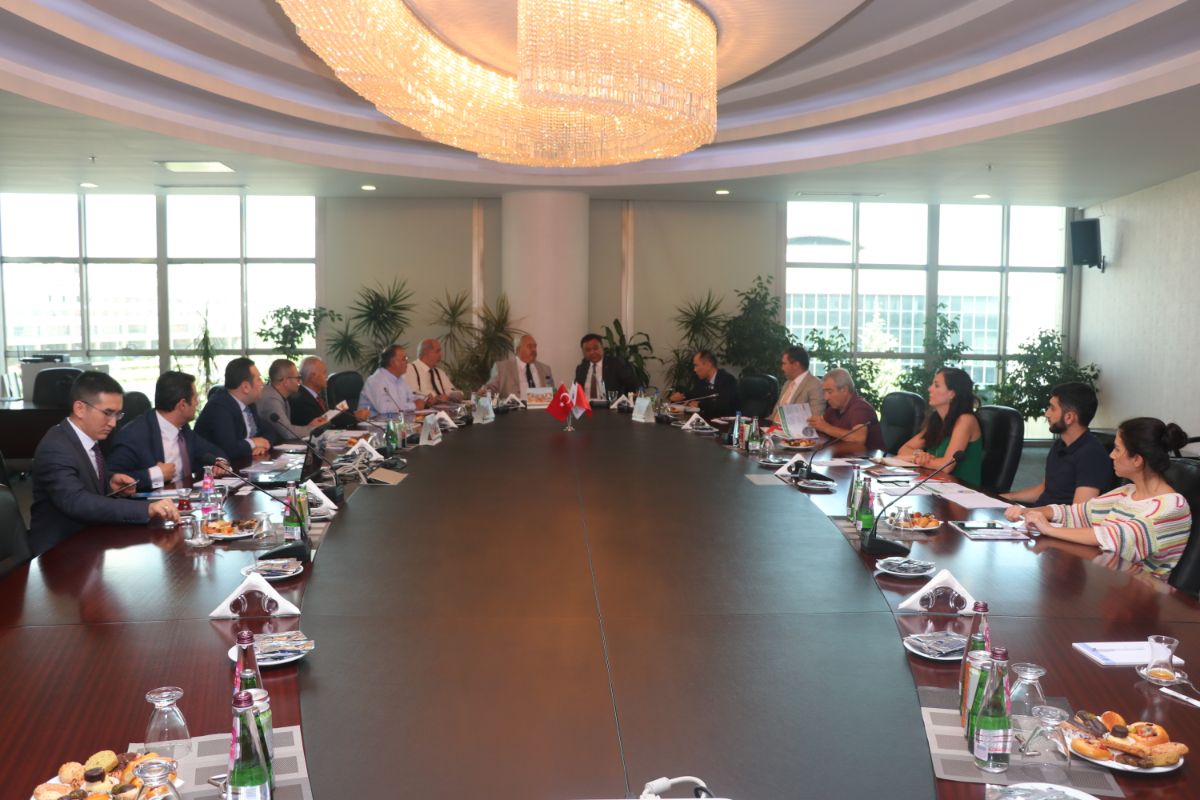 On September 11, 2019, there was held the meeting of Ambassador Extraordinary and Plenipotentiary of the Kyrgyz Republic to the Republic of Turkey Kubanychbek Omuraliev with the leadership and representatives of companies of the First Organized Industrial Zone (OIZ) (Sinjan) of the Industrial Chamber of Ankara city.

During the meeting, representatives of companies of Sinjan OIZ were able to ask questions to Mr. Kubanychbek Omuraliev on issues of interest. In particular, the questions concerned the right of private ownership of land, development of mineral deposits, etc.  K.Omuraliev noted that there is a right of private ownership of land in the Kyrgyz Republic. He also noted that in Kyrgyzstan, a license to develop mineral deposits is issued through a tender.

As part of the event and on the initiative of the host, K. Omuraliev also visited the enterprises of this OIZ - Erkunt and Hidromek, which produce agricultural and construction equipment.

For reference: The 1st Organized Industrial Zone of the Industrial Chamber of Ankara (hereinafter referred to as OIZ Sinjan) was founded in 1978 and is one of the 5 largest organized industrial zones of Turkey. Production at OIZ began in 1990.