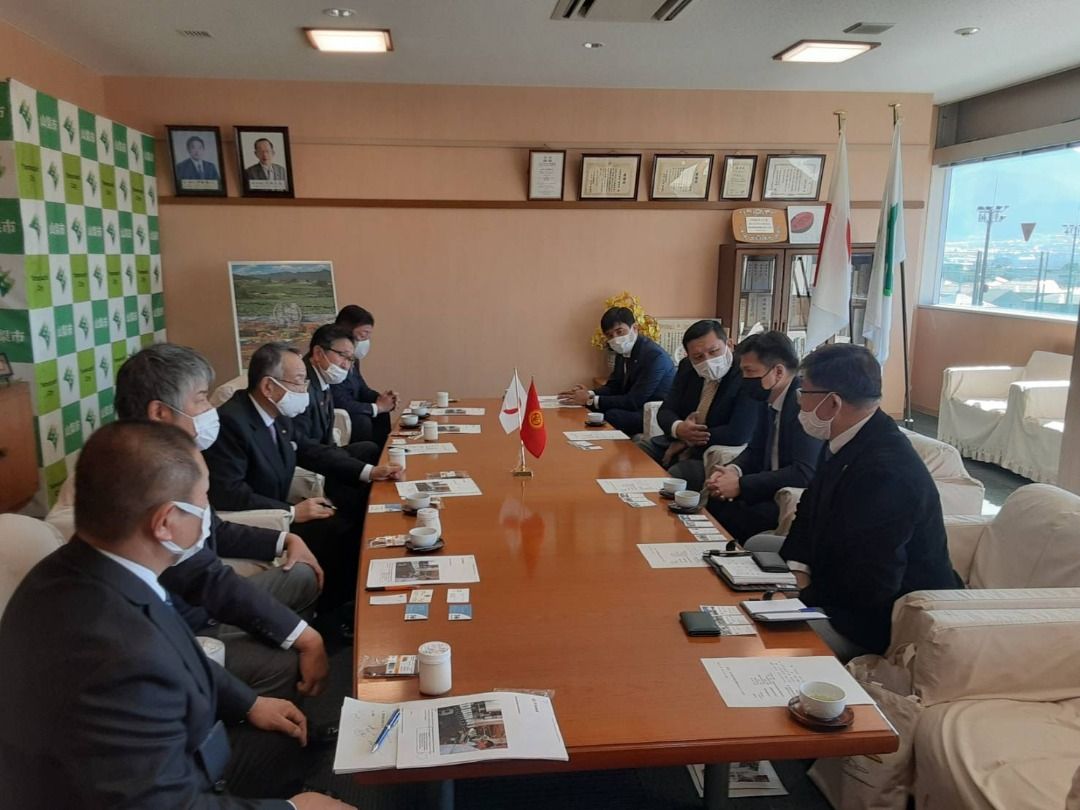 M.Arstanbayev met with the Mr. Haruo Takagi Mayor of Yamanashi, and members of the city assembly also took part in the meeting.

During the meeting, the parties discussed the prospects for bilateral cooperation. In particular, an exchange of views took place on the possibility of establishing sister city relations between Yamanashi and Kant.

At the same time, the Japanese side was provided with information on the possibilities of cooperation in the field of importing honey from the Kyrgyz Republic to Japan, joint production of wine, as well as cooperation in attracting human resources.

And the end of the meeting, parties expressed mutual interest in developing bilateral cooperation.