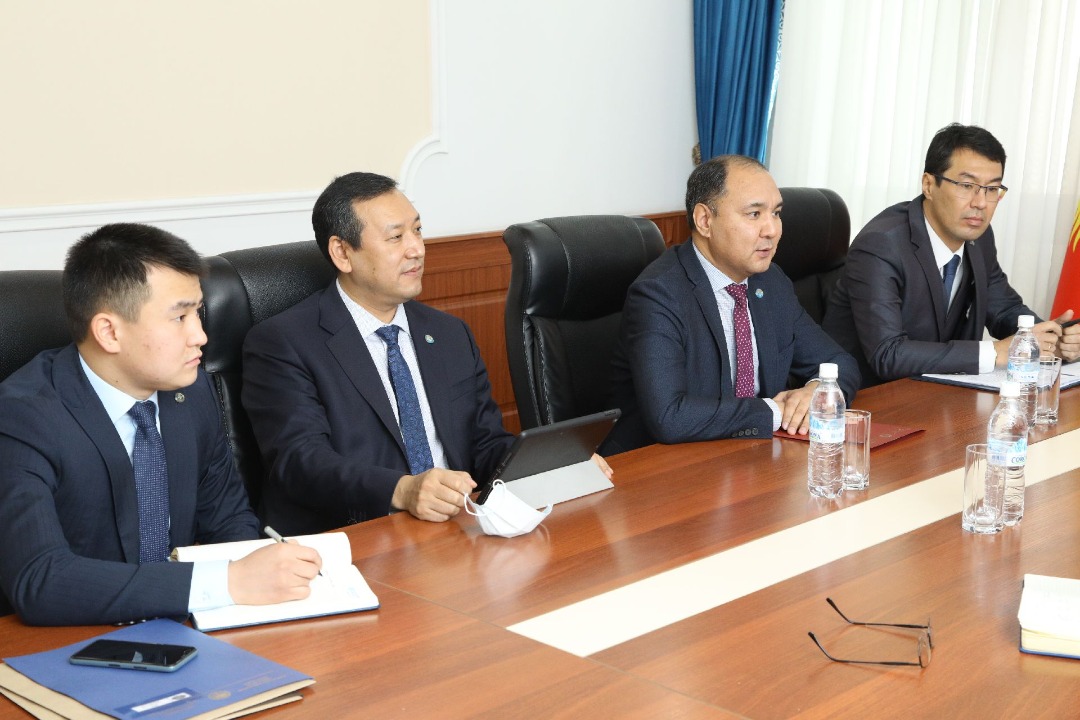 On November 24, 2021, the First Deputy Minister of Foreign Affairs of the Kyrgyz Republic Nuran Niyazaliyev held a meeting with the Ambassador of the Republic of Azerbaijan Latif Gandilov.

N. Niyazaliev congratulated the new Ambassador of Azerbaijan on his appointment and wished him success in his new post.

The parties reviewed the implementation of the agreements reached between the Heads of State of the two countries during a bilateral meeting on November 12 this year. in Istanbul on the sidelines of the 8th Summit of the Organization of Turkic States, including the implementation of joint projects in priority areas.

The First Deputy Minister noted the importance of raising the level of Kyrgyz-Azerbaijani relations to strategic partnership and holding the 4th meeting of the intergovernmental commission on trade-economic, scientific-technical and cultural-humanitarian spheres.

Particular attention was paid to the development of bilateral cooperation in various fields, as well as the expansion of the legal framework between Kyrgyzstan and Azerbaijan.

At the end of the meeting, the interlocutors expressed their firm intention to work together to further expand and deepen the historically established fraternal Kyrgyz-Azerbaijani relations.