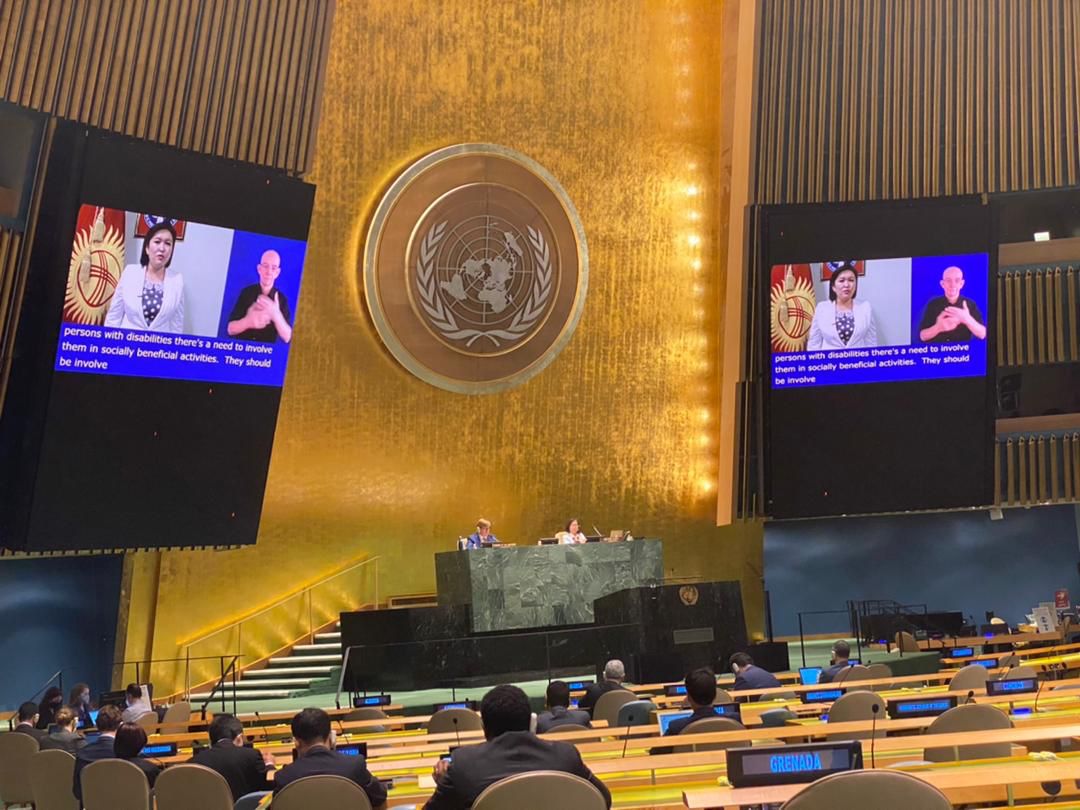 First Deputy Minister of Health and Social Development Aliza Soltonbekova delivered her statement at the 14th Conference of the States Parties to the Convention on the Rights of Persons with Disabilities, which takes place from June 15 to 17, 2021 in New York.

As Aliza Soltonbekova noted, the Kyrgyz Republic firmly considers the priority of human rights as the defining principle of the rule of law, and is fully determined to continue further transformations in the best interests of persons with disabilities.

The event is attended by over 100 representatives of UN member states, international organizations and civil society.