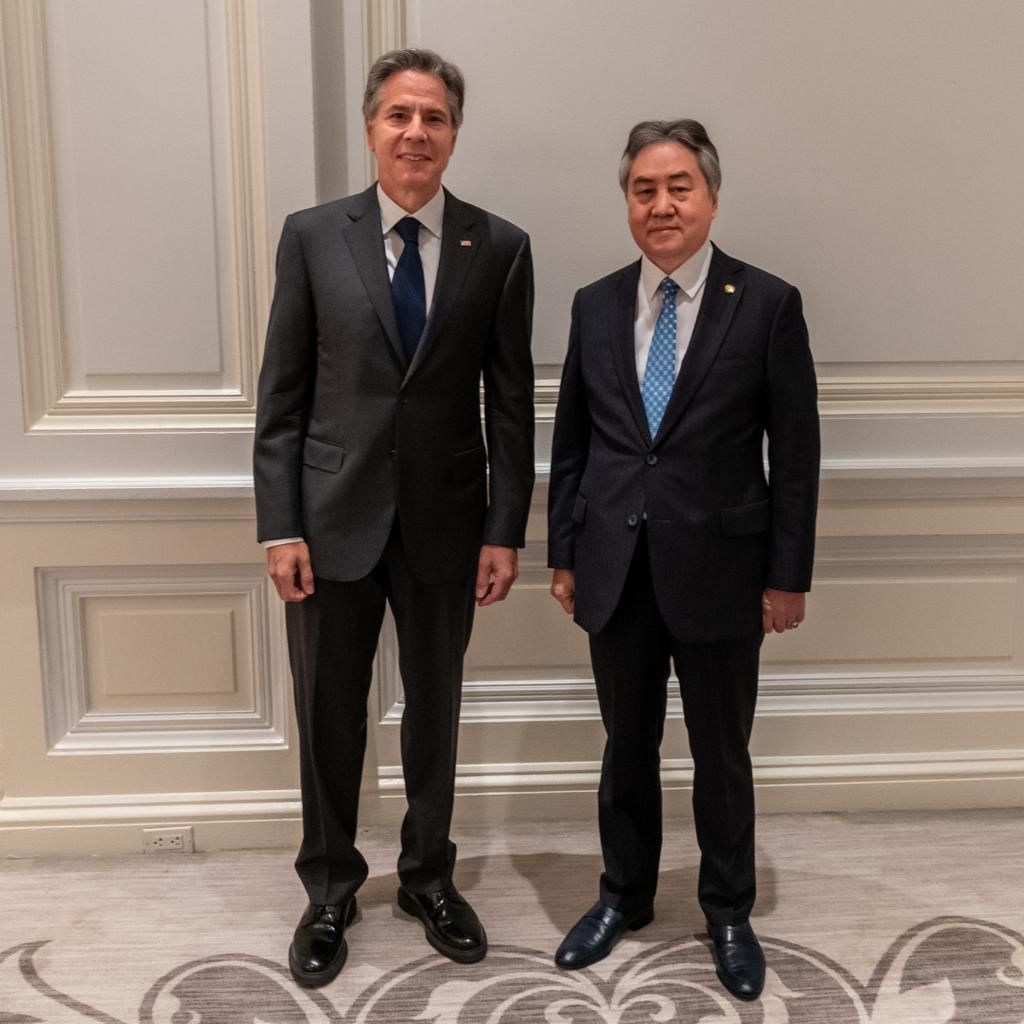 On September 22, 2022, Minister of Foreign Affairs of the Kyrgyz Republic Zheenbek Kulubaev met with US Secretary of State Anthony Blinken in New York.

Minister Zh.Kulubaev informed him on the events that took place on the Kyrgyz-Tajik border.

For his part, A. Blinken expressed deep concern over the situation on the Kyrgyz-Tajik border and noted the importance of achieving peace and stability through diplomatic efforts.

During the meeting, the parties also discussed certain issues of strengthening cooperation between Kyrgyzstan and the United States both within the framework of the bilateral agenda and at regional platforms, including «Central Asia + the United States».