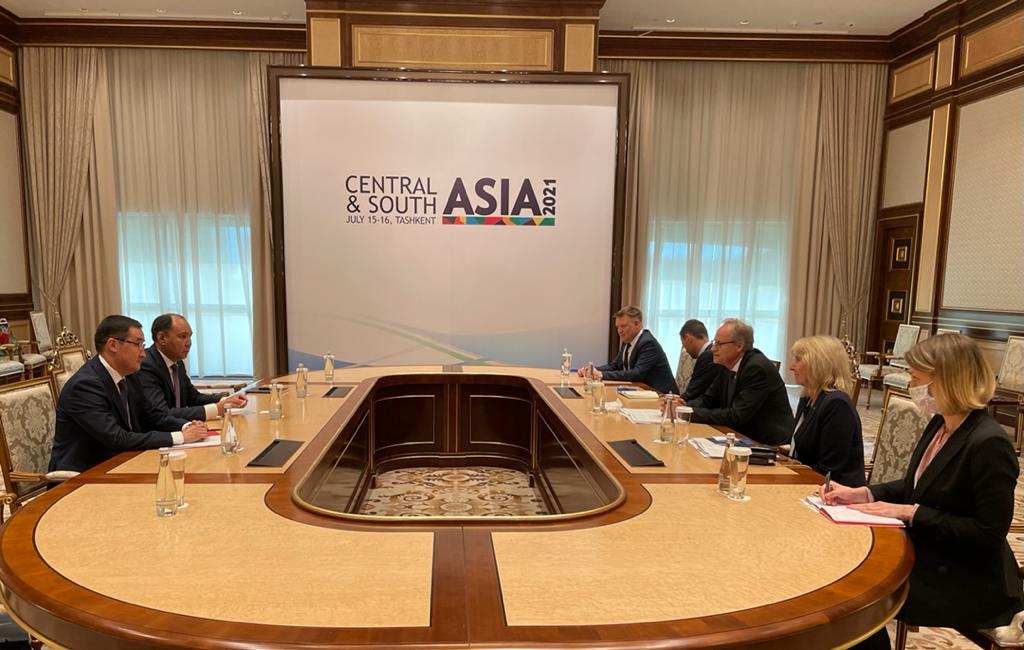 The European Union expressed its firm readiness to continue to provide comprehensive assistance and support to the Kyrgyz Republic in the implementation of the reforms carried out in the country, including through the Multi-Year and Regional Indicative Programs 2021-2027.

The Kyrgyz side raised the issue of uneven distribution of vaccines in the world and expressed a request to accelerate the process of allocating vaccines to the Kyrgyz Republic within the framework of the COVAX mechanism.

The parties separately discussed the situation around the peace process in Afghanistan, forecasts for the development of the situation and possible joint steps to establish peace on the territory of Afghanistan.

At the meeting, special attention was paid to the preparation and holding of the First European Union - Central Asia Economic Forum, which will be held on November 5, 2021 in Bishkek.