А – А А +
Обычная версия
Скрыть
Main / Press-service / Новости / On May 3, 2019, the Kyrgyz Republic, the Republic of Belarus and the Republic of Tajikistan made a joint presentation of the results of Trilateral peer review to the Security Council Committee pursuant to Resolution 1540 (2004) 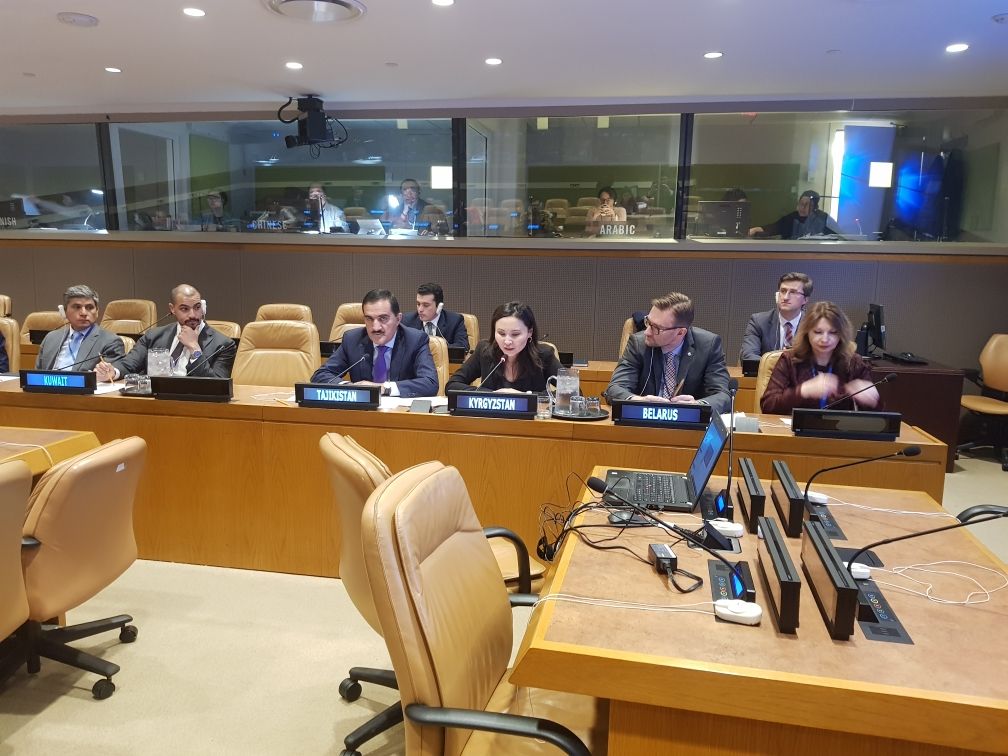 Trilateral peer review on implementation of UN Security Council Resolution 1540 (2004) in the ”2 + 1” format among the Kyrgyz Republic, Republic of Tajikistan and the Republic of Belarus has been successfully conducted in 2014-2017. Between the peer review meetings, the working consultations of experts, the national round tables were conducted, as well as the relevant work through each of the interested ministries and agencies.

During the presentation, the Permanent Representative of the Kyrgyz Republic to the United Nations in New York M. Moldoisaeva confirmed that Kyrgyzstan considers the resolution of UN Security Council 1540 as is one of the most important measures in the WMD nonproliferation area and as a timely response to threat of getting weapons of mass destruction by terrorist organization. In order to fulfill the provisions of Resolution, the Kyrgyz government is undertaking efforts aimed at strengthening the national export control system.

Following the joint presentation, members of the UN Security Council commended the efforts of Kyrgyzstan, Belarus and Tajikistan to prevent the proliferation of weapons of mass destruction and reiterated the importance of continuing international and regional cooperation in this field.