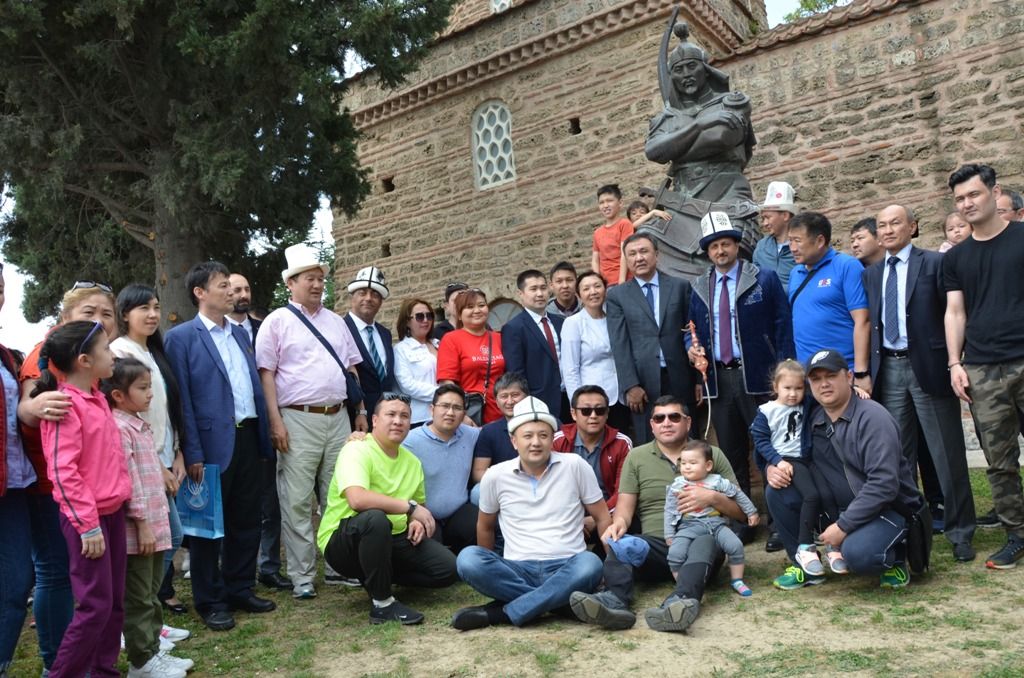 During the event, there were read a prayer in memory of Kyrgyz soldiers, held a national sports games and organized a picnic with the preparation of dishes of Kyrgyz cuisine.

Also within the framework of the event, there was a meeting of the Ambassador Extraordinary and Plenipotentiary of the Kyrgyz Republic in the Republic of Turkey Kubanychbek Omuraliev with the Mayor of Iznik Kagan Mehmet Usta and the head of the district Iznik Bulent Bayraktar.

Ambassador K.Omuraliev and Mayor of IznikKagan Mehmet Usta noticed the necessity of publication of more detailed information about Kyrgyz soldiers in the tourist booklets of Iznik and close cooperation of Iznik with the twin city of Talas.

The parties also agreed to conduct joint research of historians of Kyrgyzstan and Turkey on the basis of the Faculty of History of Bursa University in order to publish a scientific publication and hold a conference in 2020 on the Kyrgyz soldiers who fell in the battle for the capture of Iznik in the 13th century.

Reference: Iznik (the ancient name - Nikaia) is located 120 km south of Istanbul. There is a Memorial, known to the locals as the “KyrgyzlarTurbiesi” or Memorial of the Kyrgyz soldiers who fell in battles for the capture of Iznik in the 13th century at the intersection of three roads in the modern Iznik. In the Memorial, Kyrgyz soldiers found their last refuge, who fought shoulder to shoulder with the Anatolian Turks.They were the first to break into impregnable fortifications. In honor of this, during the rule of Sultan Orhan Ghazi, there was built  Kumboz at the end of the 13th century. In 2000, the General Directorate of Waqf (Foundations) of Turkey almost re-restored this historical monument. In October 2006, a monument was erected a Kyrgyz baatyr near the Mausoleum, made by a sculpture by T.Sadykov.