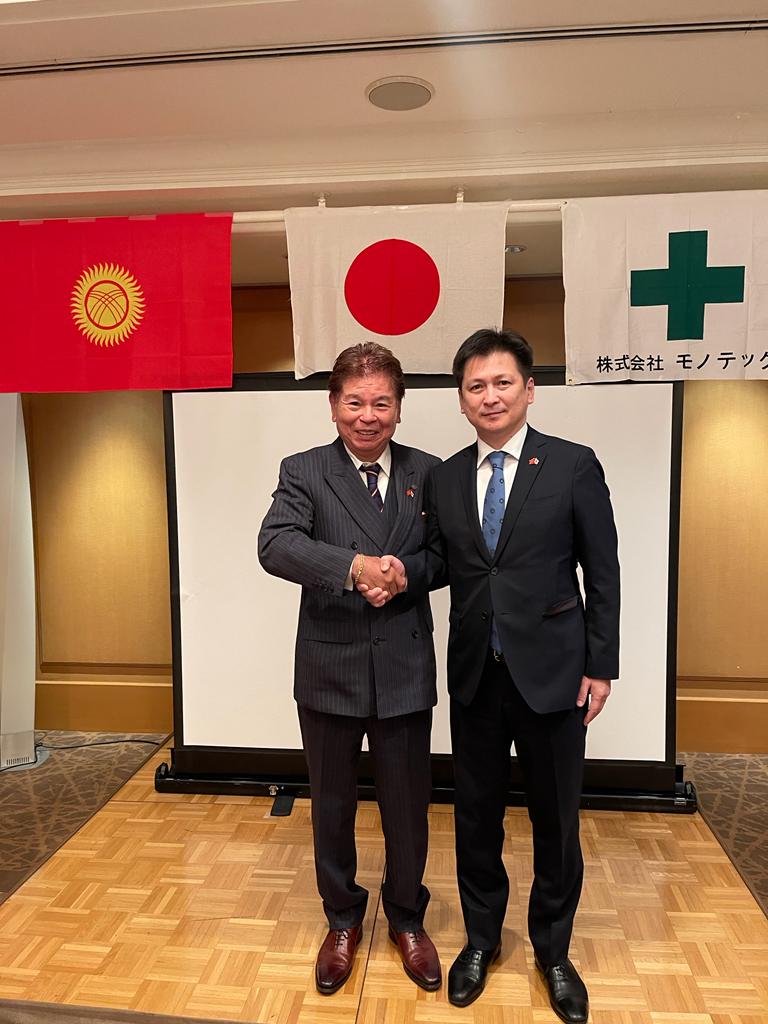 On November 19, 2021 in Kobe the Ambassador Extraordinary and Plenipotentiary of the Kyrgyz Republic to Japan Mirlan Arstanbaev took part in a business seminar organized with the assistance of the «Monotec International» company.

For reference: «Monotec International» was established in 1998 and specializes in construction and engineering activities on the mountain slopes.

During the seminar, the Ambassador Mirlan Arstanbaev made presentation on investment opportunities and potential of the Kyrgyz Republic in trade, economic and tourism spheres. He noted the importance of continuing contacts between the business partners of the two countries and further developing cooperation in the export of organic products to Japan.

As part of the event, the Ambassador Mirlan Arstanbaev announced the appointment of Mr. Takasi Bunno as Honorary Consul of the Kyrgyz Republic in Kansai region, as well as the planned official opening of the Office of the Honorary Consul.

At the end of the official part of the presentation, participants exchanged views on a wide range of issues of promising cooperation.

More than 30 representatives of private companies took part in the event from the Japanese side.