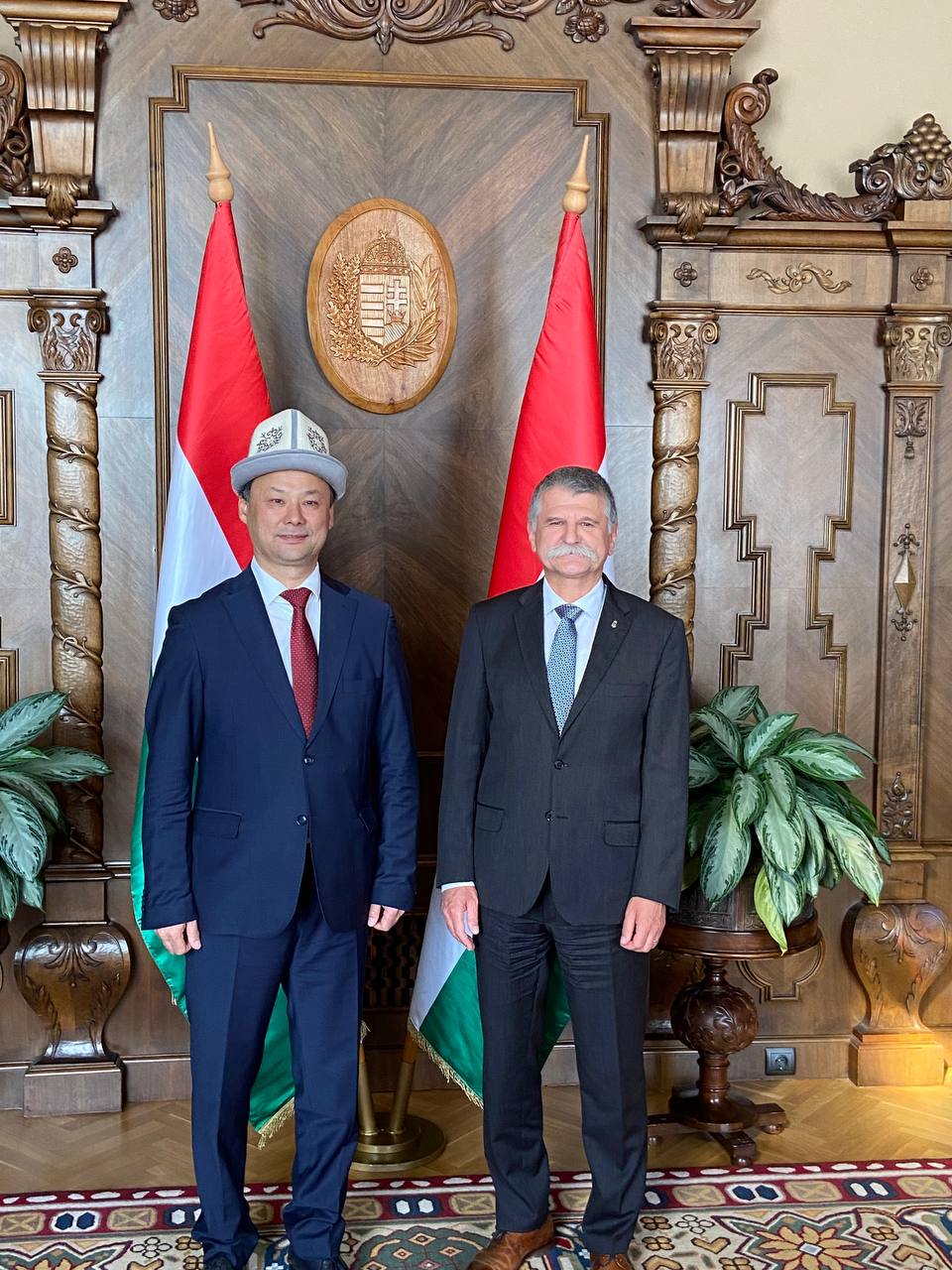 On October 4, 2021, within the official visit of the Minister of Foreign Affairs of the Kyrgyz Republic Ruslan Kazakbaev to Hungary, met with the Chairman of the Hungarian National Assembly L.Kever.

Minister R. Kazakbaev noted the importance of intensifying inter-parliamentary cooperation between the Kyrgyz Republic and Hungary.

Minister R. Kazakbaev also informed L. Kever about the results of the negotiations with the Minister of Foreign Economic Relations and Foreign Affairs of Hungary Peter Szijjarto, the 1st meeting of the Kyrgyz-Hungarian Strategic Council.

The Minister also outlined the work carried out by the parties on the issue of opening direct flights from Budapest to Bishkek in the near future. He informed the Speaker of the Hungarian Parliament L. Kever about the agreements reached to increase the quotas for Kyrgyz students in the universities of Hungary to 200 places.

The Chairman of the Hungarian National Assembly L. Kever expressed the readiness of the Hungarian side to further strengthen the strategic partnership with Kyrgyzstan, welcomed the holding in 2022 of joint events dedicated to the 30th anniversary of the establishment of diplomatic relations between the Kyrgyz Republic and Hungary.