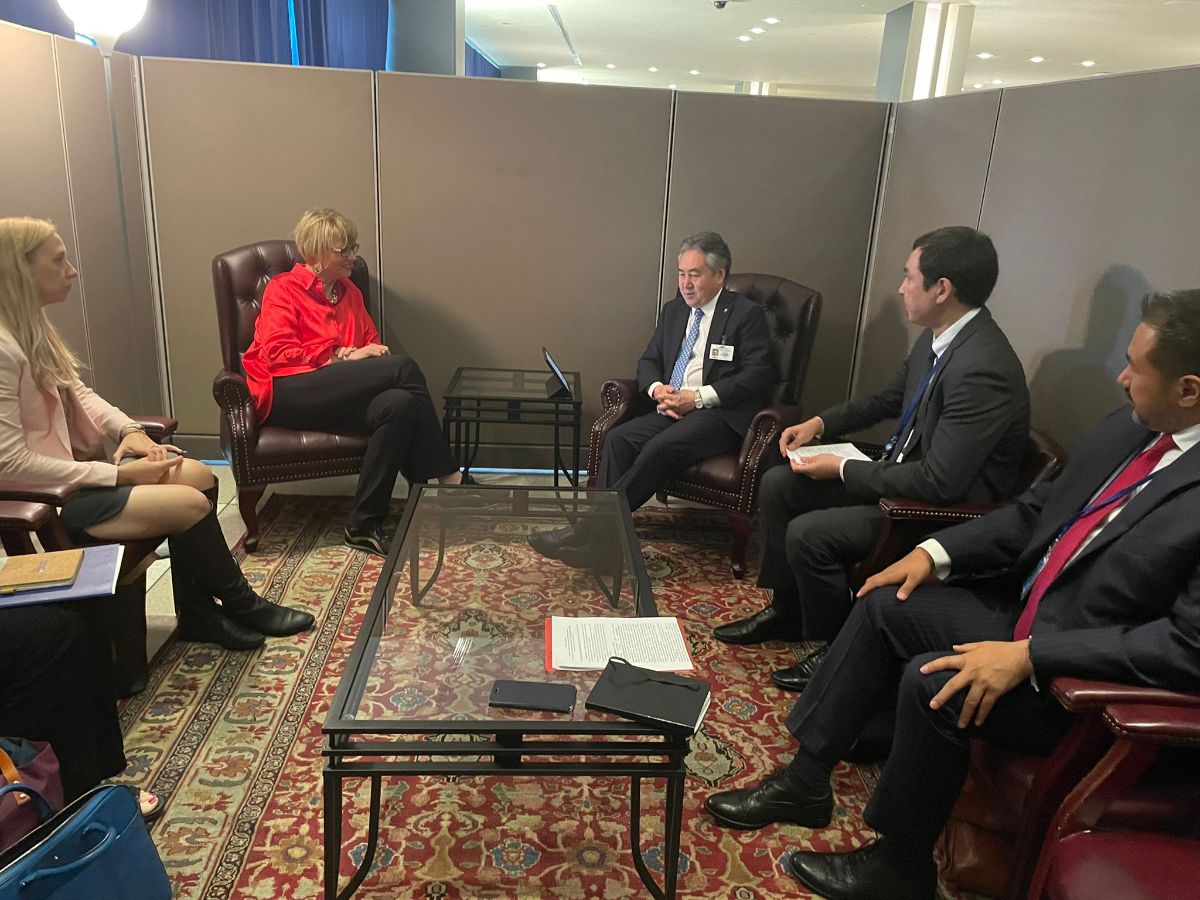 On September 22, 2022, in New York, in the margins of the 77th session of the UN General Assembly, the Minister of Foreign Affairs of the Kyrgyz Republic Zheenbek Kulubaev held a bilateral meeting with the OSCE Secretary General Helga Maria Schmid.

The parties discussed the interaction between Kyrgyzstan and OSCE, as well as the situation on the Kyrgyz-Tajik border caused by the armed aggression of Tajikistan on September 14-16.

Minister Zh. Kulubaev brought to the attention of his counterpart information about the current situation: numerous human casualties, including children, and the emergency evacuation of more than 140 thousand civilians from the border conflict zone, as well as significant material damage to civilian facilities and infrastructure.

Regarding the interaction between Kyrgyzstan and OSCE, the parties expressed satisfaction with the achieved level of cooperation, which celebrates its 30th anniversary this year. Foreign Minister expressed gratitude to the OSCE for supporting democratic processes and strengthening the stability and security of the country. He noted the relevance of the OSCE projects in such priority areas as the fight against corruption and organized crime, digitalization and good governance, reform of the judiciary and law enforcement systems.

Also, the Kyrgyz side expressed readiness for further support of activities of the OSCE Academy in Bishkek and, in particular, the extension of its educational and research potential.

At the end of the meeting, Minister Zh.Kulubaev invited Secretary General to pay a visit to Kyrgyzstan in the near future.