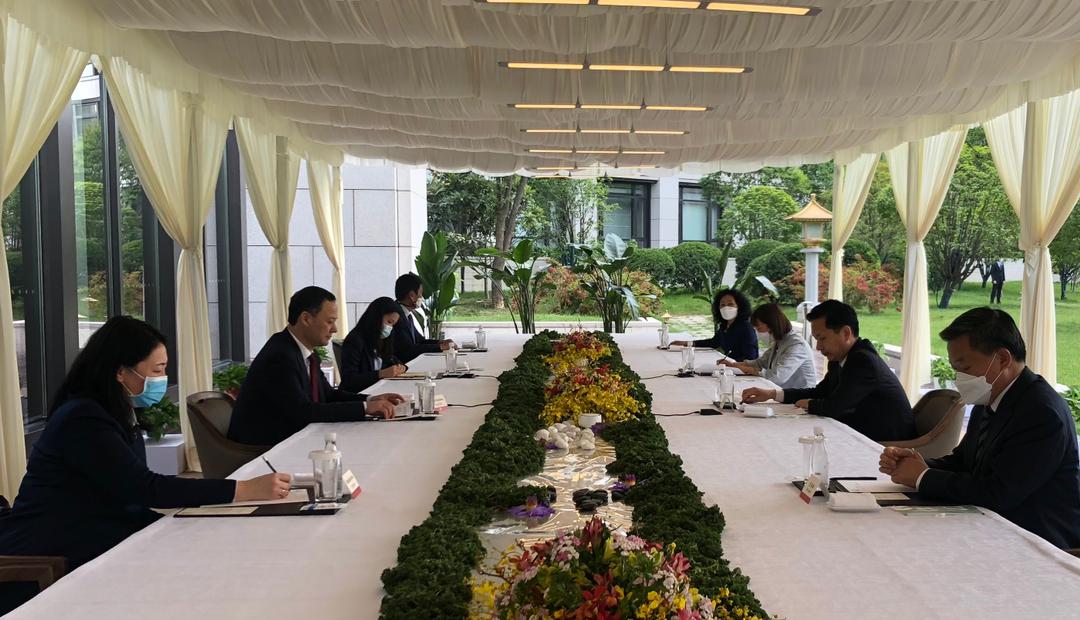 As part of a visit to the People's Republic of China the Minister of Foreign Affairs of the Kyrgyz Republic Ruslan Kazakbaev met with the Governor of Shaanxi province Zhao Yide at the Second Central Asia-China Foreign Ministers Meeting.

During the meeting the parties discussed issues of cooperation between the regions of Kyrgyzstan and Shaanxi Province in trade and e-commerce, healthcare, education, humanitarian exchange, tourism, promotion of exports of agricultural products from the KR to the PRC, as well as attracting investors from Shaanxi Province to the Kyrgyz economy.

The importance of strengthening not only existing twinning relations between Chui oblast and Shaanxi province, Osh and Xi'an cities, Moscow district and Yangli agricultural demonstration zone, but also establishment of new twinning relations was underlined. Inter-regional interaction will only help promote China's One Belt, One Road initiative.

The Kyrgyz side expressed appreciation to the Shaanxi Provincial People's Government and Xi'an City for the humanitarian assistance provided to the Kyrgyz side in combating COVID-19.