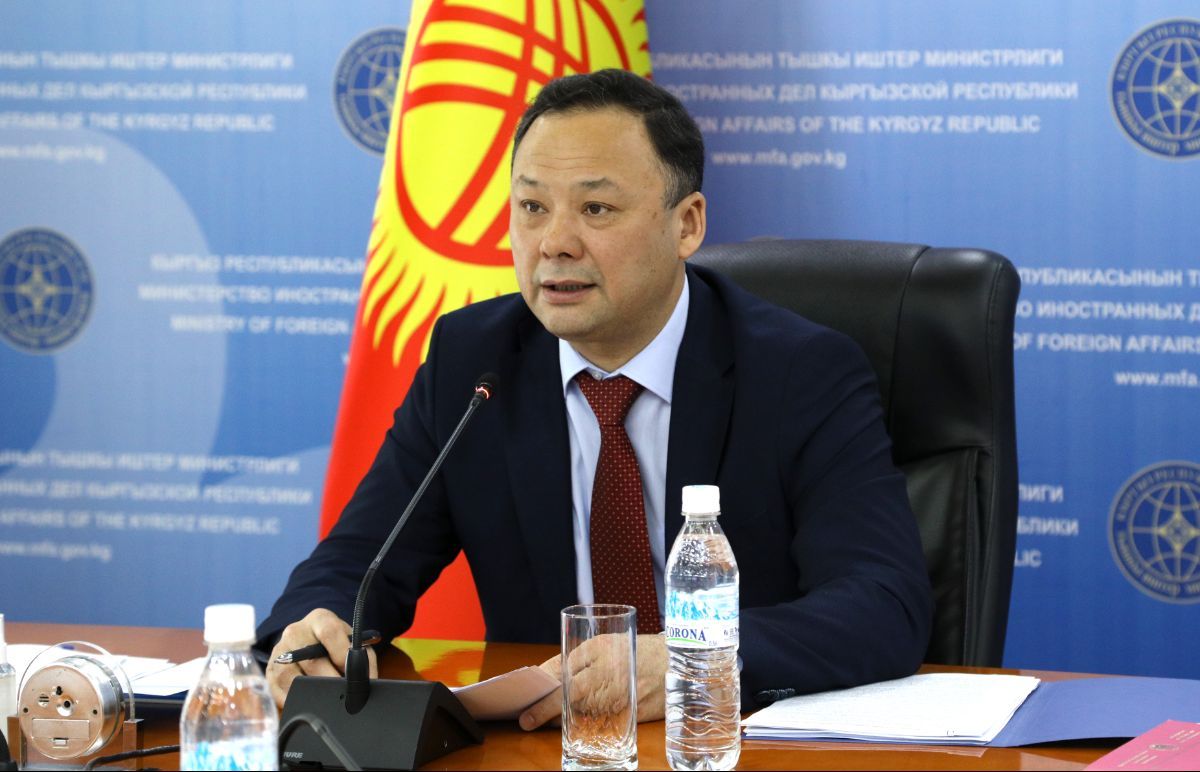 During his speech Minister R. Kazakbaev noted that Kyrgyzstan pays great attention to the development of the Honorary Consuls’ Institute, that for many years has been remaining an important tool for interaction between the Kyrgyz Republic and foreign countries and for providing assistance to our fellow countrymen abroad.

The Head of the Foreign Service has expressed gratitude for their important work, in particular, for the assistance provided by Honorary Consuls during the quarantine measures over the spread of coronavirus infection in 2020, assistance in the restoration of villages in the Batken oblast, as well as assistance in the return of citizens of the Kyrgyz Republic to the homeland due to the situation in Ukraine.

The Minister attracted attention to the main tasks facing Honorary Consuls: protecting rights and interests of citizens and legal entities of the Kyrgyz Republic abroad, participation in the implementation of the migration policy of Kyrgyzstan; ensuring the presence of the Kyrgyz Republic in countries with no diplomatic missions of the Kyrgyz Republic, conducting active work with Kyrgyz citizens, to explain the rules and regulations of the host country, to provide them with prompt consular and legal protection in crisis situations; improvement of the support and protection of labor migrants, including in issues of departure for labor migration abroad, strengthening cooperation with public associations (diasporas) of Kyrgyz citizens in foreign countries.

The Head of the Foreign Service made a special emphasis on the need to intensify activities in the field of economic diplomacy, development of bilateral trade and economic cooperation, increasing export potential, investment promotion, tourism development and, in general, protection of economic interests of the country.

In this regard, Minister R. Kazakbaev has emphasized the importance of timely response to the issues of possible impact of the international sanctions on the economy of Kyrgyzstan and ways to minimize their negative impact on the country and fellow countrymen staying abroad. The Minister has voiced his hope for the comprehensive cooperation of Honorary Consuls in the diversification of the economy of Kyrgyzstan.

In the course of the discussion the Honorary Consuls expressed their gratitude for the opportunity to meet, despite the format of the meeting, and voiced their hope that the restrictions imposed in connection with the coronavirus infection and the situation, as a whole, will end soon, allowing them to more actively address the relevant issues.

The Honorary Consuls have also informed on the work carried out in their consular districts, made suggestions for further implementation of the tasks set by Minister R. Kazakbaev as well as in other areas of work.