А – А А +
Обычная версия
Скрыть
News / News and Events / Meeting of the Ambassador of the Kyrgyz Republic to India Mr.Asein Isaev with the Deputy Minister of Tourism of India Arvind Singh 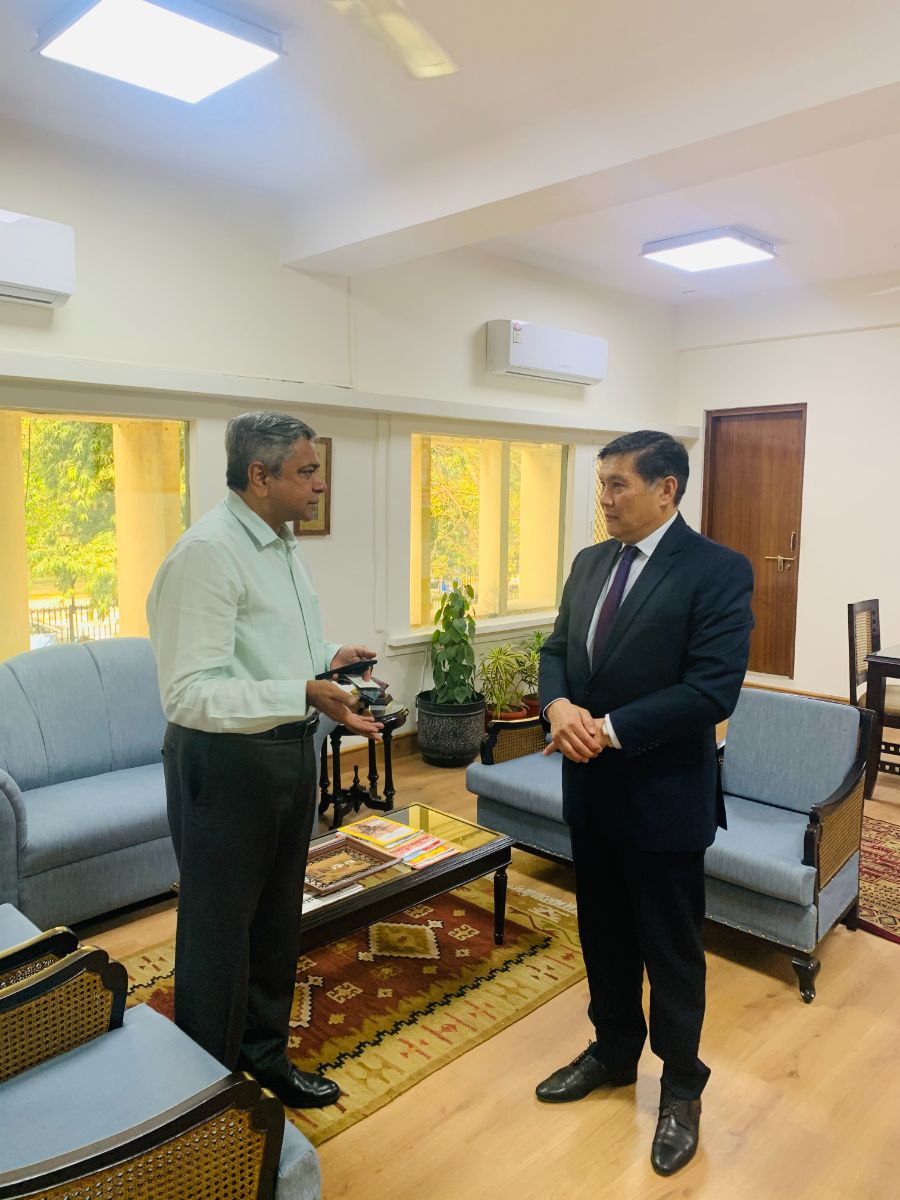 Ambassador of the Kyrgyz Republic to India Mr.Asein Isaev met with the Secretary, Ministry of Tourism of India Mr.Arvind Singh in New Delhi.

During the meeting, Ambassador Isaev spoke about the tourism potential of the Kyrgyz Republic, about the resumption of entry into the country for citizens of all foreign countries, in this regard, noted that the Embassy is currently making active efforts to significantly increase the number of Indian tourists in the Kyrgyz Republic.

It was also noted that in January 2020, a tourist road show was organized in New Delhi with the participation of Kyrgyz tour operators, during which the Kyrgyz side offered to organize a visit of Indian tour operators to the Kyrgyz Republic.

Mr. Arvind Singh, in turn, noted that tourism as the largest service sector in India provides about 140 million jobs, which is 10% of total employment and brings to the budget about 305 million US dollars, which is 12 % of the country's GDP.

Expressed his readiness to provide assistance in sending of Indian tour operators to the Kyrgyz Republic and as one of the areas of cooperation recommended to consider the possibility of a visit to Kyrgyzstan of representatives of the largest Indian chain of hotels and guest houses, which invests in the construction of budget hotels in foreign countries and whose startup has now expanded around the world. It was noted that this hotel chain could organize the construction of inexpensive, environmentally friendly, high-quality, compact hotels or guest houses in Kyrgyzstan for those who prefer an economical option for recreation.

At the end of the meeting, an agreement was reached to hold a meeting of the joint Working Groups on Tourism with the participation of the Tourism Department of the Kyrgyz Republic in the near future, during which to discuss the existing issues.