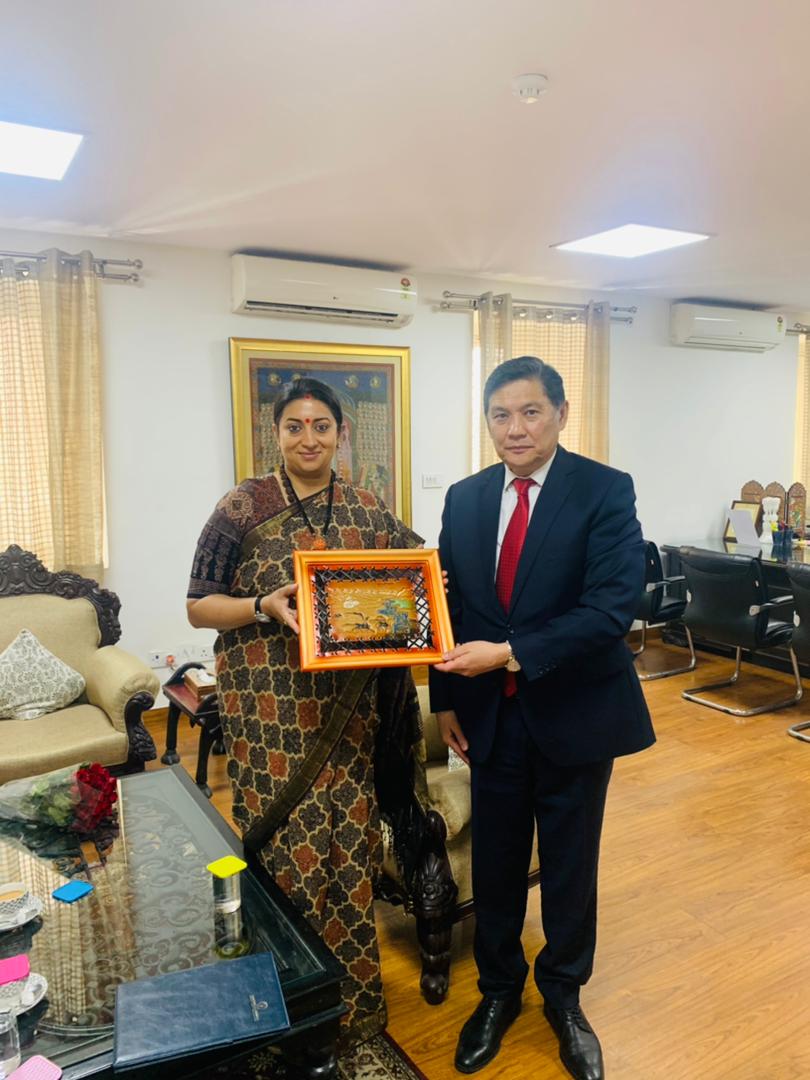 On March 24, 2021, the Ambassador of the Kyrgyz Republic to India Mr.Asein Isaev met with the Union Minister for Textile, Women and Children Development of India, Madam Smriti Zubin Irani.

During the meeting, the Parties, noting the high level of strategic partnership between Kyrgyzstan and India, outlined the need to strengthen cooperation in the development of women's entrepreneurship and textile business.

The Union Minister supported the proposal of the Kyrgyz side and noted that given India's great respect for Kyrgyzstan, it is possible to expand cooperation between the two countries through the prism of existing programs on women's entrepreneurship.

Following the meeting, the Parties came to an agreement to:

- consider exchange programs in the textile industry for Kyrgyz artisans;

- develop cooperation between the two countries on the preparation at the state level of effective programs to support women's entrepreneurship, such as "Mudra Yojana", which provides for the provision of loans for micro-enterprises or organizations.

- envisage exchange programs for schoolchildren to get acquainted with the values, traditions and culture of the two countries;

- exchange of experience and skills in handicraft production and applied arts.

- National Vice President and National President of the incumbent ruling party of India "BJP" for Women;

- Union Minister for Human Resource Development from May 2014 to July 2016;

- Minister of Information and Broadcasting from July 2017 to May 2018.

Ms. Irani has been named India's Young Global Leader for 2015 by the World Economic Forum.

The number of her subscribers on the social network "Facebook" has 5 million people, and on Twitter, she is followed by 11 million people.