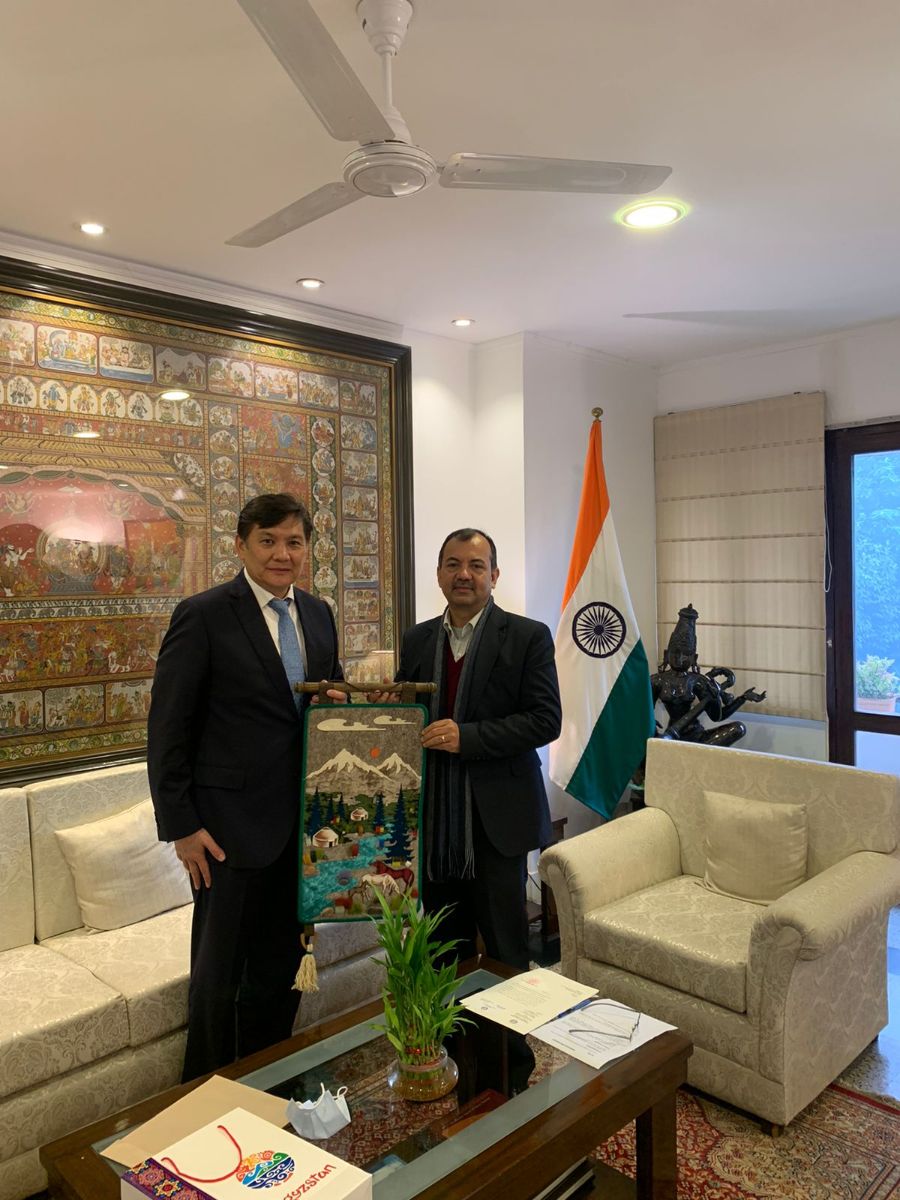 On January 5, 2022, the Ambassador of the Kyrgyz Republic to India Asein Isaev met with the newly appointed Director General of the Indian Council for Cultural Relations (ICCR) Kumar Tuhin in New Delhi.

At the meeting, the Parties discussed issues of joint holding of cultural events during the current year within the framework of the Cross Year of Culture and Friendship between the Kyrgyz Republic and India, as well as dedicated to the 30th anniversary of the establishment of diplomatic relations between the two countries.

In particular, the Kyrgyz side proposed to organize a concert program of one of the creative groups from Kyrgyzstan in the regions of India, as well as:

- days of Kyrgyz cinema in India and days of Indian cinema in the Kyrgyz Republic;

- production of thematic TV programs about friendship and mutual cultural exchange between the Kyrgyz Republic and India;

- Exhibition of handicrafts of Kyrgyzstan in India.

In addition, the Parties agreed to consider the possibility of signing an Agreement providing the annual exchange of students (10-day programs) and the teaching staff of the two countries to conduct lectures at the faculties of international relations of universities.

Ambassador Isaev especially noted the full use of allocated slots by the Indian Council for studying in Indian universities in various areas in bachelor's, master's and PhD by Kyrgyz students, especially from the regions of the Kyrgyz Republic.

The Director General of the Council, for his part, urged Kyrgyz students to apply for slots, also allocated under the Ayurveda scholarship program, which provides an opportunity for those wishing to take courses in traditional Indian medicine Ayurveda, naturopathy, yoga, etc.

Following the meeting, the Parties expressed a mutual desire to further develop and maintain contacts in the field of cultural cooperation within the ICCR.