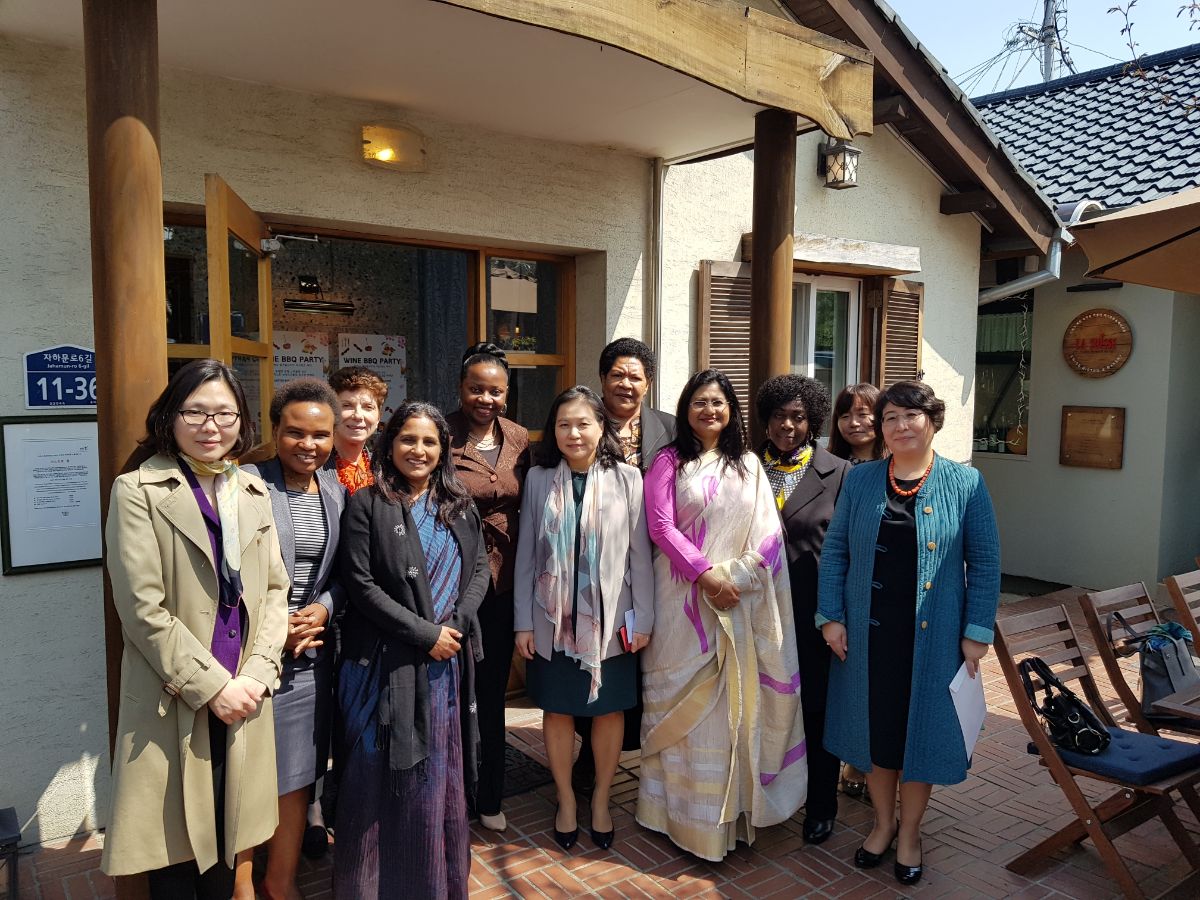 On April 12, 2019, the Minister for Trade of the Republic of Korea, Ms. Yoo Myung-hee, met with representatives of the Women's Ambassadors Club accredited in Seoul: Bangladesh, India, Ghana, Greece, the Kyrgyz Republic, Rwanda, Tanzania and Fiji.

Ambassador Dinara Kemelova took part from the Kyrgyz side.

During the meeting, they discussed issues of facilitating trade between South Korea and the abovementioned countries. The Ambassador of the Kyrgyz Republic Dinara Kemelova paying attention to the low trade turnover between the two countries, informed about the export potential of the Kyrgyz Republic, in particular about environmentally friendly products like honey, vegetables and fruits.

The South Korean Minister for Trade noted the importance of promoting a free trade agreement between the Republic of Korea and the Eurasian Economic Union, of which the Kyrgyzstan is a member.

The parties agreed to continue consultations on the issue of promotion of trade and economic cooperation.