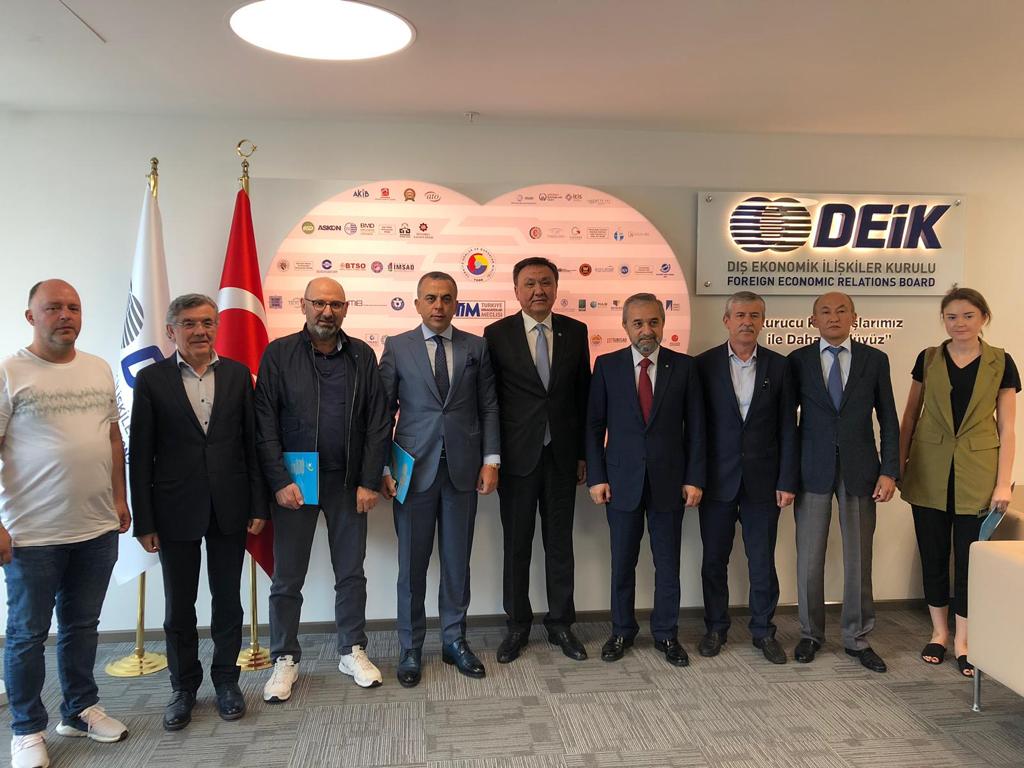 On June 19, 2019, There was the meeting of Ambassador Extraordinary and Plenipotentiary of the Kyrgyz Republic to the Republic Turkey Kubanychbek Omuraliev with members of the Kyrgyz-Turkish Business Council under the Turkish Foreign Economic Relations Board (DEİK) Chairman Ahmet Kaya.

Ambassador K.Omuraliev noticed that the Kyrgyz-Turkish Business Council under DEİK should assist to bolster ties between entrepreneurs of two brotherly countries and called on Turkish business to actively participate in investment projects of the Kyrgyz Republic, which will promote the strengthening of trade and economic ties between the two states.

K.Omuraliev informed that Kyrgyzstan has the most liberal legislative framework and conditions for doing business among the countries of the region. The ambassador said that the Kyrgyz Republic has the lowest taxes among Central Asian countries and the costs of doing business: cheap electricity, labor, etc.

Ambassador presented Kyrgyz investment projects to Turkish businessmen and invited members of the Kyrgyz-Turkish Business Council under DEİK to participate in the Business Forum organized by the Agency for Attracting and Protecting Investments of the Kyrgyz Republic in early August 2019 in Kyrgyzstan.

On the same day, there was the meeting of Ambassador K. Omuraliev with Chairman of the Board of Directors of Turkish Airlines Ilker Ayji. During the meeting, parties discussed the issue of resuming the Istanbul-Osh-Istanbul flight and reached an agreement on complimentary transportation of bodies of deceased citizens of the Kyrgyz Republic.

For reference: The Council for Foreign Economic Relations of Turkey (DEİK) was established by the state in 1986. DEİK is called to represent the business community, including the leading Turkish entrepreneurs, and regulate the foreign economic relations of the Turkish private sector, as well as promote an increase in Turkish exports.