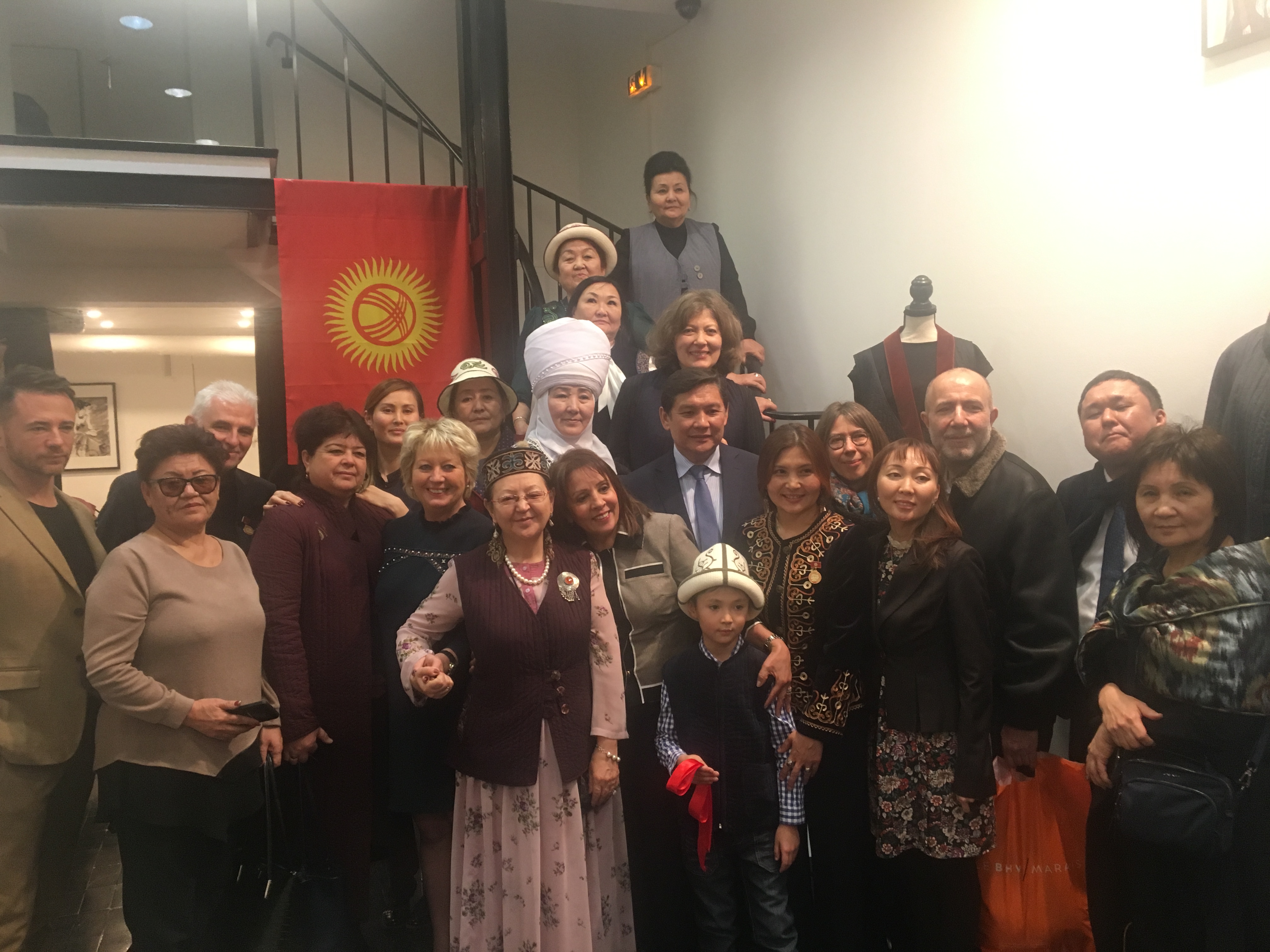 On January 8, 2019, within the framework of the visit of the Kyrgyz delegation of the Congress of Women to Paris, an exhibition of the Kyrgyz national costumes and crafts of Kyrgyzstan was opened in the art gallery “Alfalibra” in Paris.

At the opening ceremony of the exhibition there were several honored guests, among them: Ambassador of Kyrgyzstan to France A.Isaev, French Ambassador to Kyrgyzstan Mikael Roux, deputy of the National Assembly of France Sereine Mauborgne, Vice Mayor of Paris Olivia Polski, as well as representatives of the French Foreign Ministry and other French guests.

The Heads of diplomatic missions of Kyrgyzstan and France in their speeches highly noted the role and importance of folk culture in the development of bilateral relations, the importance of holding such cultural events that bring our peoples together, even despite the geographical distance between our countries. It was also noted that the interest of France in the culture, history and traditions of the Kyrgyz people is growing every year.

In folk consciousness, applied art is inseparable from everyday life, it is caused not only by practical needs, but also by spiritual needs of the Kyrgyz people. In this regard, the role of the woman is very symbolic because in the Kyrgyz society woman continues to promote the Kyrgyz culture and traditions, giving them new live and pass this knowledge on from generation to generation.

The exhibition will be held 3 days, it is expected that it will arouse great interest among the French public.

There also will be held several meetings between the delegation of the Kyrgyz Congress of Women with deputies of the Senate and the National Assembly of France, at the Office of the Major of Paris, with the leadership of UNESCO, at the MEDEF International, as well as other state and public organizations responsible for gender issues.