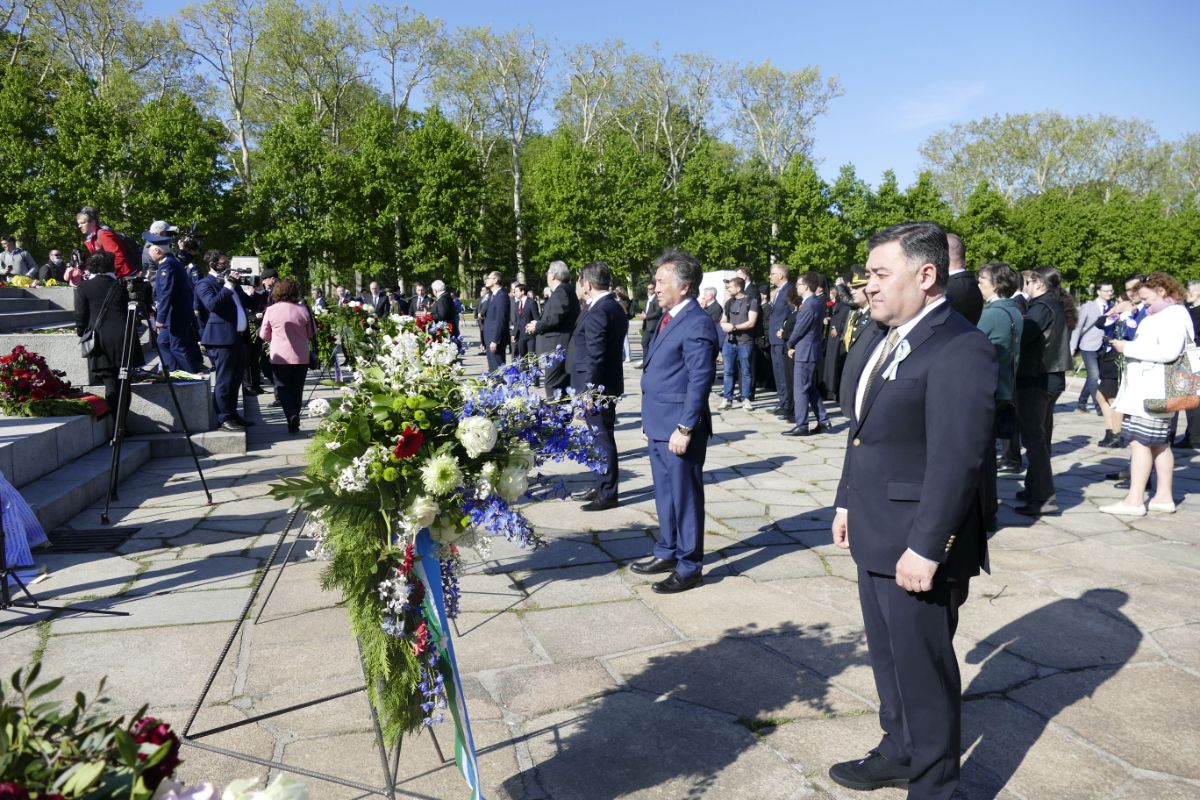 On the occasion of the commemoration of 75 years to the Victory in Great Patriotic War and end of the Second Word War solemn ceremony of laying wreaths at Soviet War Memorials at Treptower Park and Tiergarten took place on 9 May 2020 in Berlin.

At the these events Ambassador of the Kyrgyz Republic to the Federal Republic of Germany Erines Otorbaev along with the Heads of diplomatic missions of CIS countries took part. Among those who attended the event were also Governing Mayor of Berlin Michael Müller, Prime Minister of Free State of Saxony Michael Kretschmer, Head of the Office of Federal President of Germany Stephan Steinlein, Minister of State at the Federal Foreign Office Niels Annen, President of Ubgeordnetenhaus of Berlin Ralph Wieland, representatives of German public society and ordinary residents and guests of Berlin.

Commemorative event dedicated to Victory Day also was also organized in Frankfurt at which the Consulate of the Kyrgyz Republic in Frankfurt took part.