А – А А +
Обычная версия
Скрыть
News / News and Events / Press release about the meeting of Ambassador Extraordinary and Plenipotentiary of the Kyrgyz Republic to the People’s Republic of China Mrs. Kanaiym Baktygulova with the Vice Mayor of Panzhou city of Guizhou province Mr. Gao He 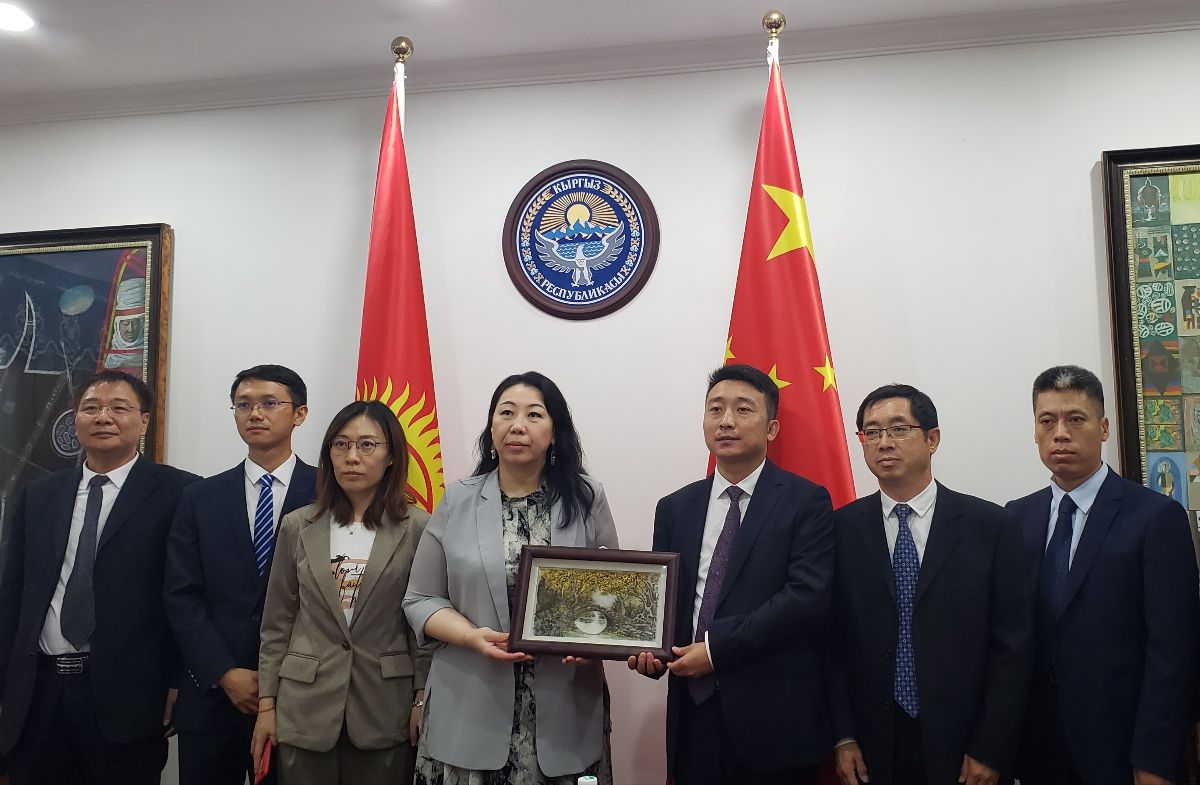 In September 28, 2021 Ambassador Extraordinary and Plenipotentiary of the Kyrgyz Republic to the People’s Republic of China Mrs. Kanaiym Baktygulova met with the Vice Mayor of Panzhou city of Guizhou province Mr. Gao He.

During the meeting, both sides discussed issues of the Kyrgyz-Chinese interregional cooperation, trade and economic interaction, implementation of joint projects within the framework of the Chinese initiative “One belt, one road” etc.

Kanaiym Baktygulova told about the efforts made by the Cabinet of Ministers of the Kyrgyz Republic to improve the investment climate in the country, invited a delegation of the City Hall of Panzhou to pay a visit to Kyrgyzstan together with Chinese entrepreneurs. She informed about the granting of a special status to the Batken region, where it is planned to establish a special preferential tax and investment regime. She stressed the importance of strengthening the existing sister relations between the regions of Kyrgyzstan and the provinces of China, the cities of the two countries, as well as the establishment of new sister relations.

Gao He spoke about the industrial, investment and tourism potential of the Panzhou city. He expressed readiness to intensify trade, economic and investment cooperation with the Batken region and supported Ambassador’s proposal to establish sister relations between the cities of Batken and Panzhou.