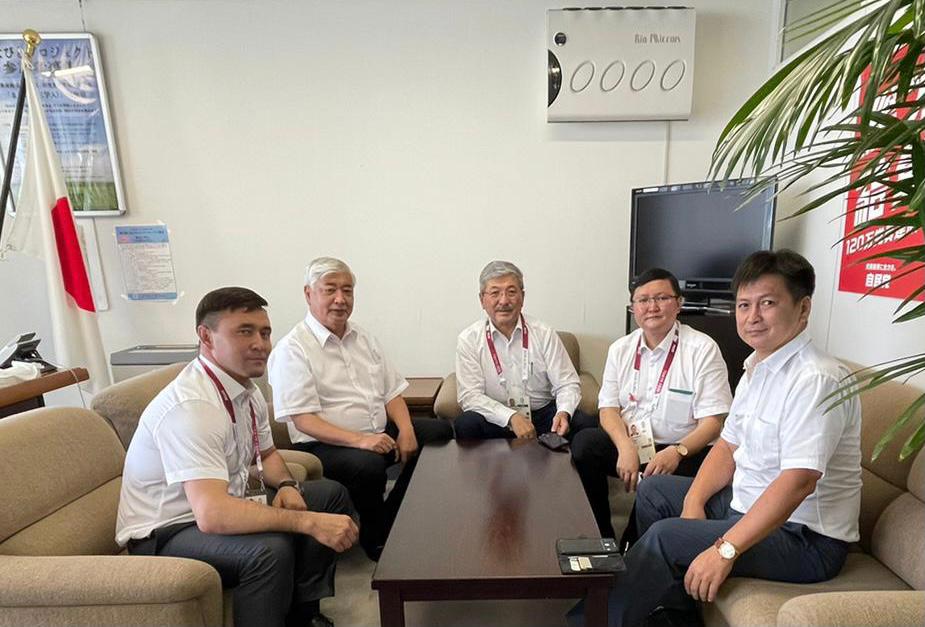 On the same day, Minister of Culture, Information, Sports and Youth Policy of the Kyrgyz Republic Kairat Imanaliev had brief meetings with the Minister of Japan for the Tokyo Olympic and Paralympic Games Tamayo Marukawa and the Minister of Education, Culture, Sports, Science and Technology of Japan Hagiuda Koichi on interaction on international and bilateral sports agenda.

On July 26, 2021, the Kyrgyz delegation met with the member of the House of Representatives of Japan, the leader of the Parliamentary League of Friendship with the Kyrgyz Republic Gen Nakatani.

The parties discussed a wide range of issues, including bilateral cooperation in the socio-economic, cultural and humanitarian spheres, as well as establishing and strengthening contacts between the regions of the two countries. There also took place an exchange of views on holding joint events dedicated to the upcoming in 2022 celebration of the 30th anniversary of the establishment of diplomatic relations between the Kyrgyz Republic and Japan.

Within the framework of the visit, on July 27 the delegation of the Kyrgyz Republic met with representatives of the Japanese company "Muroo Systems Co.Ltd", where the parties discussed the prospects for the development of cooperation in the field of information technology.

In the end of the meeting, an agreement was reached on organizing a visit of the Japanese company to Kyrgyzstan to hold an extended meeting with the relevant authorities of the Kyrgyz Republic.