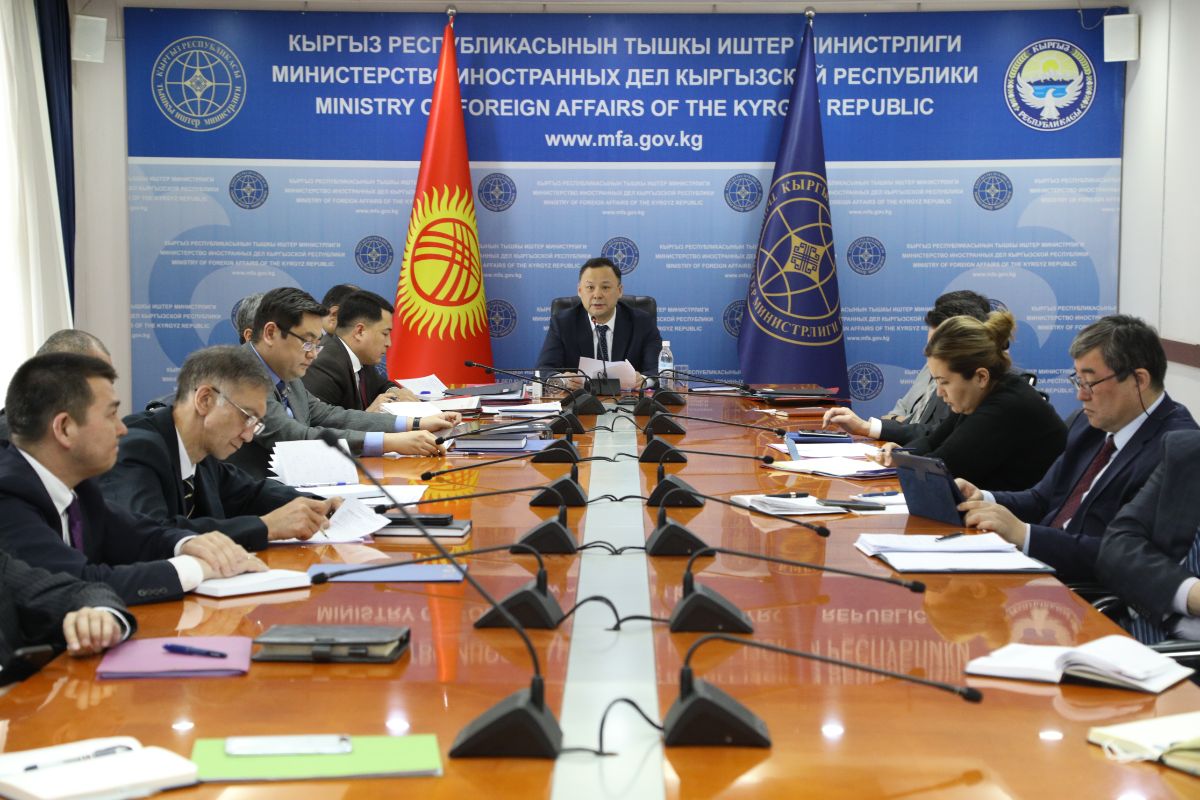 During the meeting, Minister R. Kazakbaev summed up the activities of the foreign missions of the Kyrgyz Republic for the first quarter of 2022 with an emphasis on economic diplomacy.

In his speech, the Minister emphasized the importance of holding events within the framework of the celebration of the 30th anniversary of the establishment of diplomatic relations with the relevant countries and the implementation of joint cooperation programs in priority areas.

Minister R. Kazakbaev noted that the activities of diplomatic institutions should be focused on promoting national interests in foreign policy and foreign economic spheres, especially in terms of assistance in attracting foreign investment, technology and knowledge, expanding cultural, humanitarian and trade and economic ties, exporting domestic products to foreign markets.

The issues of organizing visits at the highest and high levels, expanding the international legal framework, certain aspects of bilateral and multilateral cooperation, as well as promoting projects in promising industries were considered.

Minister R. Kazakbayev drew attention to the need to continue work on the creation of investment funds and development funds with Turkmenistan, the KSA, the UAE, Iran, Azerbaijan, Turkey, Italy and the Foundation of the Organization of Turkic States as one of the primary tasks of the heads of foreign institutions of the Kyrgyz Republic. He stressed the need for an initiative approach to holding business forums, presentations and exhibitions on investment and tourism opportunities of the Kyrgyz Republic and active participation in conferences, round tables on topical international issues.

The meeting participants also discussed topical issues on the international agenda, including the situation in Ukraine and Afghanistan. The issues of the impact of sanctions on the economy of the Kyrgyz Republic and ways to minimize the negative consequences on the country and on our compatriots abroad are considered in particular. The possibilities of diversifying the economy of the Kyrgyz Republic, increasing the volume of export products, problems of ensuring food and energy security, and cross-border peace-building were discussed in detail.