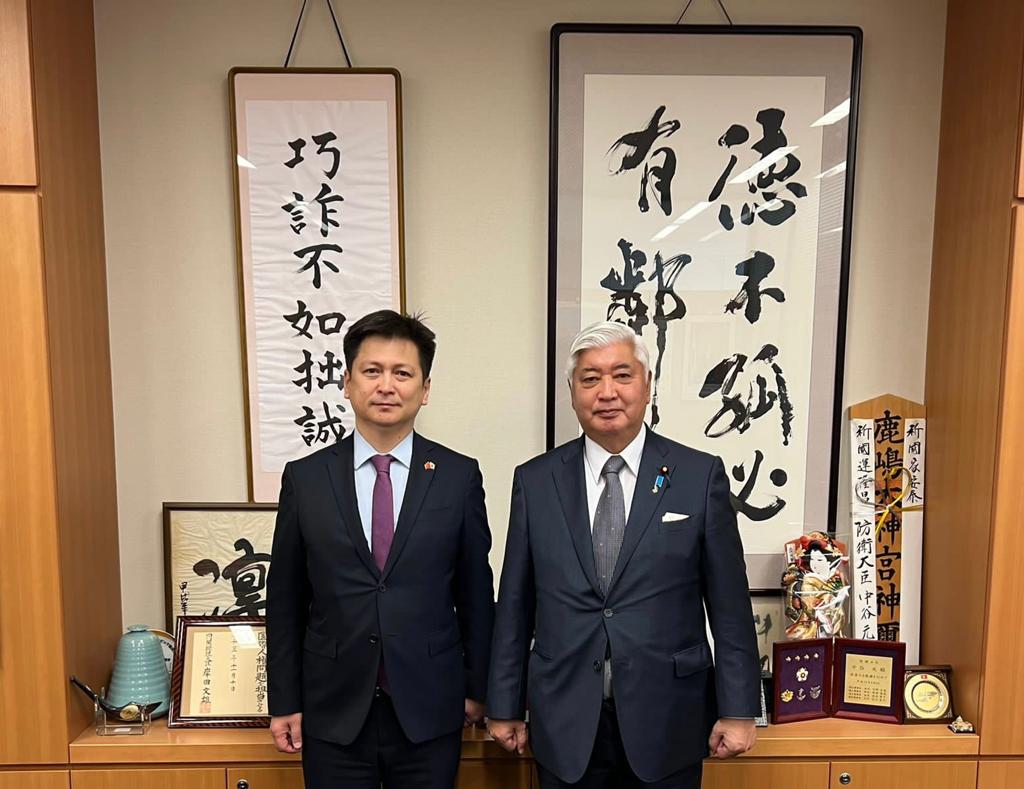 On April 8, 2022, a meeting was held between the Ambassador of the Kyrgyz Republic to Japan Mr. Mirlan Arstanbaev and the Member of the Parliament of Japan / Head of the Japan-Kyrgyzstan Parliamentary Friendship League Mr. Gen Nakatani.

The parties discussed a wide range of issues, including current areas of bilateral cooperation in the socio-economic, cultural and humanitarian spheres, as well as establishing and strengthening contacts between the regions and the parliaments of the two countries. In addition, an exchange of views took place on holding joint events dedicated to the celebration of the 30th anniversary of the establishment of diplomatic relations between the Kyrgyz Republic and Japan in 2022.

At the end of the meeting, Mr. M.Arstanbaev noted that in order to strengthen bilateral inter-parliamentary ties, it is important to carry out mutual visits of parliamentarians, and in this regard, he invited the Japanese side to pay a visit to the Kyrgyz Republic.