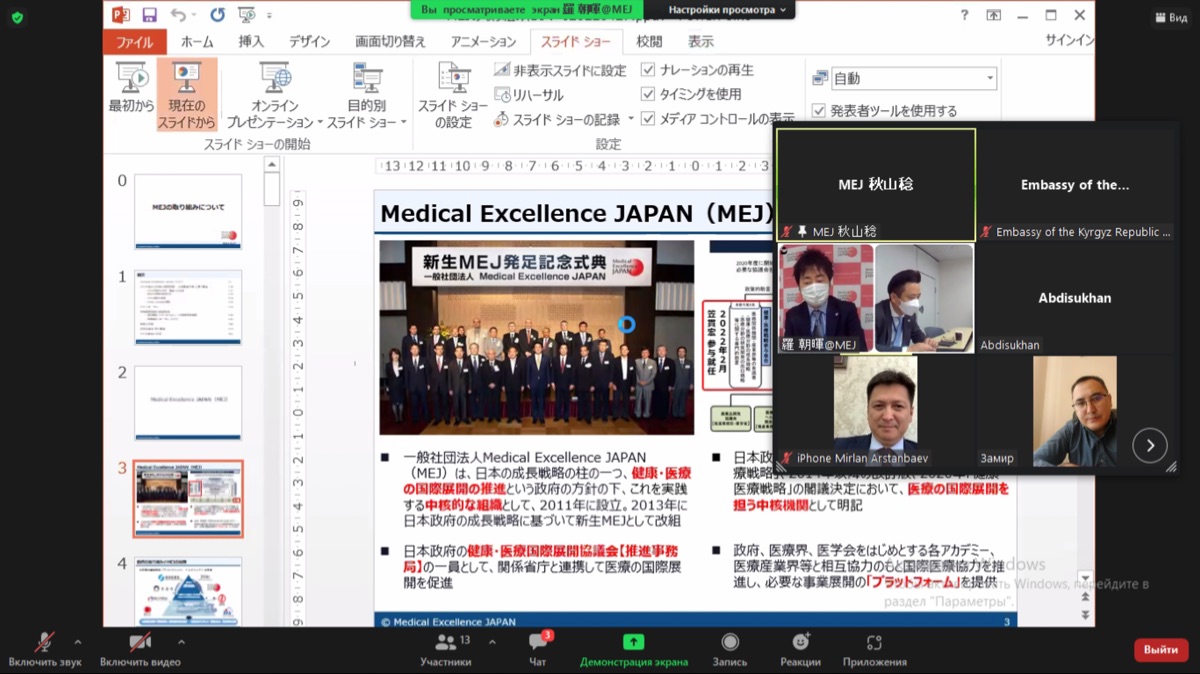 On May 16, 2022, with the assistance of the Embassy of the Kyrgyz Republic to Japan, the first online meeting was held between Osh State University and Medical Excellence Japan. The meeting was attended by Ambassador of the Kyrgyz Republic to Japan M. Arstanbaev, Rector of Osh State University K. Kozhobekov, Executive Director Minoru Akiyama, Executive Director Chiaki Miyoshi and representatives of Medical Excellence Japan.

During the meeting, the parties exchanged views on the current situation in the field of education and medicine, and also outlined further plans to deepen cooperation.

In particular, the rector of Osh State University K. Kozhobekov presented the university’s plans to create an international standard clinic with the involvement of foreign and local medical personnel. This project will provide citizens with modern medical services, and will also become a clinical base for the university.

Medical Excellence Japan’s representatives expressed interest to this project and willingness to make efforts to implement this project.

Following the results of the meeting, the parties agreed to create a working group, as well as sign a Memorandum of cooperation.