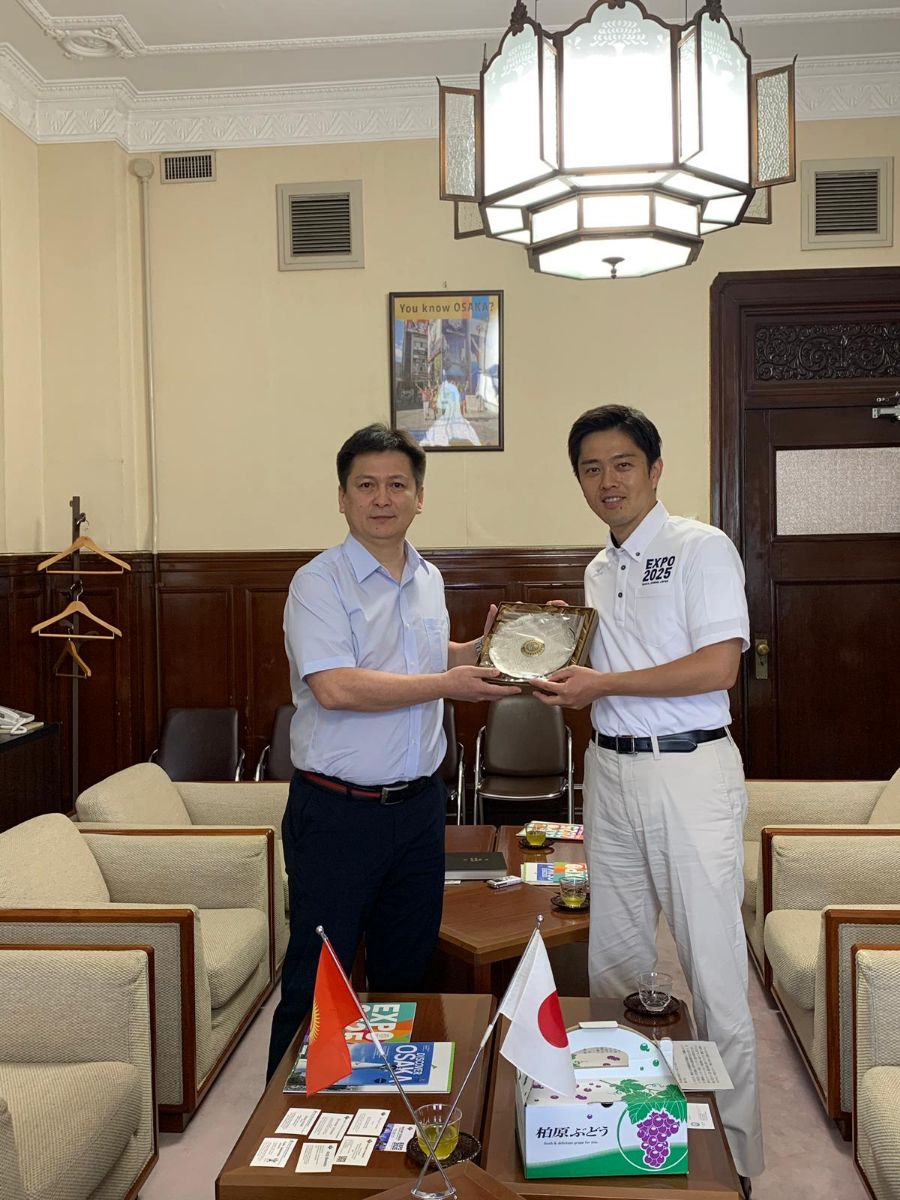 Ambassador Extraordinary and Plenipotentiary of the Kyrgyz Republic to Japan Mr. Mirlan Arstanbaev met with the Governor of Osaka Prefecture Mr.Hirofumi Yoshimura on August 2, 2019.

Ambassador Arstanbaev pointed out that Ōsaka Prefecture is one of the largest economic centers of Japan. Hence, cooperation with Osaka is significant.

Governor Yoshimura noted his satisfaction with current cooperation of Ōsaka with Kyrgyz party. He mentioned that Ōsaka made number of contacts with the Embassy of the Kyrgyz Republic to Japan in the past. Namely, upon the joint efforts of two parties, Trade and investment seminar had been conducted in Osaka in October 2018 with exhibition of Kyrgyz goods, including unique white creamy honey. Moreover, some companies of Ōsaka are showing their interest to opening their branches in the Kyrgyz Republic.

Governor also addressed the voting for the venue of EXPO-2025 that took place last year where Ōsaka could win the elections. He expressed his confidence that Kyrgyz Republic also contributed to this electoral victory.

Mr. Arstanbaev emphasized that Japanese side will hold EXPO-2025 on the highest level. He suggested Osaka will need to carry out extensive works to prepare appropriate infrastructure in the threshold of forthcoming event. Consequently, two parties could cooperate toward attracting workforce from Kyrgyzstan to these preparatory works.

Ambassador Arstanbaev also met with the Chairman of the Chamber of Commerce and Industry of Osaka Prefecture Mr. Hiroshi Ozaki and President of Osaka CCI Mr. Tsutomu Miyagi same day. Two parties discussed current status of bilateral cooperation and exchanged proposals on holding the number of joint events. They also agreed to continue consultations at a working level.