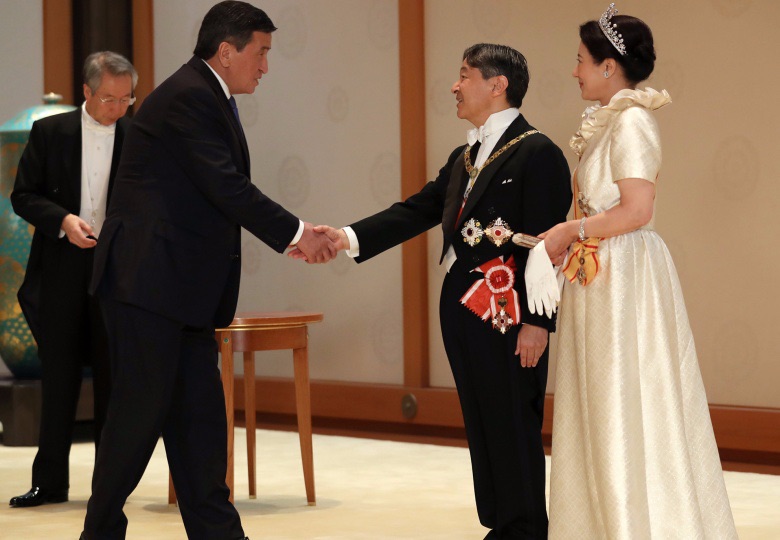 On October 22, 2019, President of the Kyrgyz Republic Sooronbai Zheenbekov took part in the Ceremony of proclaiming the accession Oo Emperor of Japan Naruhito to the throne.

The Enthronement ceremony took place at the Imperial Palace, during whichEmperor Naruhito ascended the Imperial throne in the main hall of the Palace, officially announced his acceptance of the Imperial title and recited the oath of service.

The event was attended by heads of state, various state and public figures, representatives of the diplomatic corps from 195 countries.

As noted in Japan, the event was the largest ceremony of Imperial enthronement in Japan.