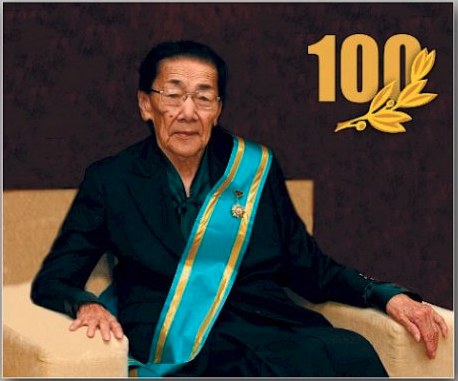 June 15, 2020 would mark the 100th anniversary of the birth of the First Minister of Foreign Affairs of the Kyrgyz SSR Kuluypa Konduchalova.

During the leadership of K.Konduchalova, the Ministry formed the basis for the future diplomacy of sovereign Kyrgyzstan and has been conducting an independent foreign policy for 28 years.

K.Koduchalova was called the «Iron Lady of the Tien Shan». For 22 years she led the Ministry of Culture of the KSSR. Contemporaries also associate with her the birth of a unique «Kyrgyz miracle» in cinema. At that time, Chyngyz Aitmatov climbed to the top of the literary Olympus not only in Kyrgyzstan, but also in the whole world.

Within the framework of the week, Kyrgyzstan will host special live broadcasts, online exhibitions and cultural events that will reflect the contribution of K.Konduchalova to the development and formation of the Kyrgyz culture.