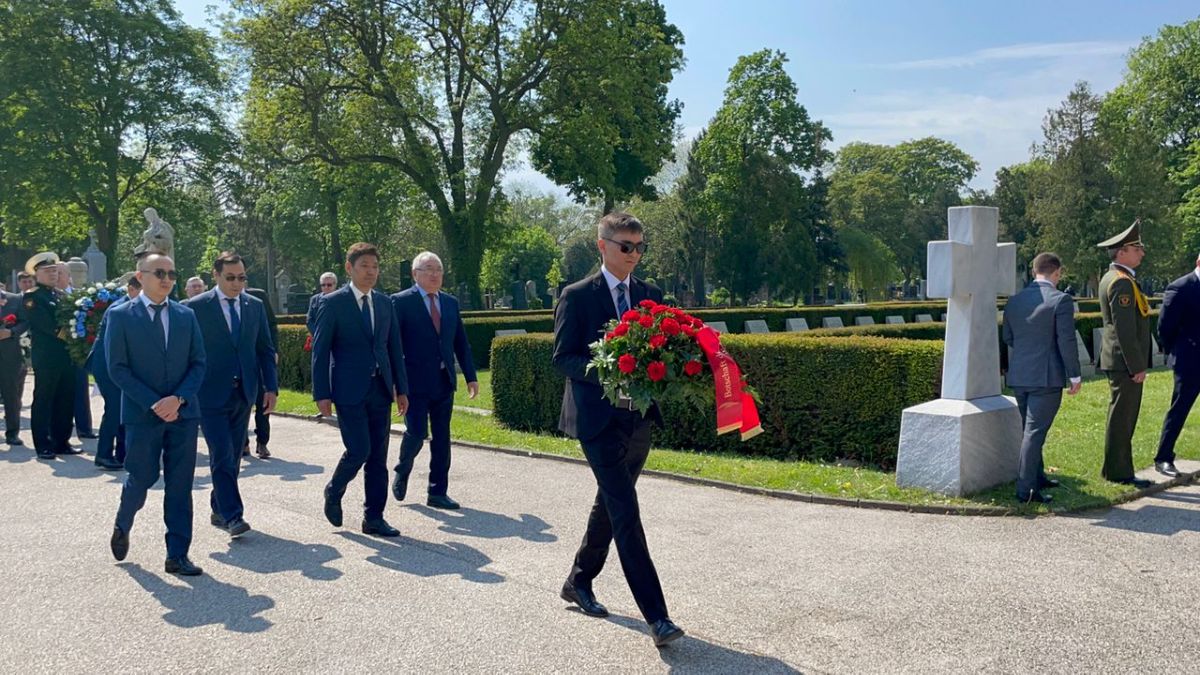 A solemn event dedicated to the 77th anniversary of the Victory Day in the Great Patriotic War took place on May 9, 2022.

The heads and diplomats of a number of missions of the CIS member states also took part in the solemn ceremony.

Representatives of the Embassy and Permanent Mission of Ukraine in Vienna held the laying ceremony separately at 08.00 am.

For reference: The assault on Vienna was part of the Vienna offensive operation of 1945 and lasted from April 5 to April 13, 1945.

The Soviet War Memorial in Vienna, more formally known as the Monument to the Heroes of the Soviet Army is located at Vienna's Schwarzenbergplatz. The Monument was built to commemorate 17,000 Soviet soldiers who fell in during the liberation of Austria from fascism. It was unveiled on August 19, 1945.

Well-known politicians, outstanding composers and artists are buried at the Central Cemetery in Vienna. Here is also a Soviet military burial, where the soldiers who died during the liberation of the city from Nazi Germany in 1945 are buried.

There are more than 300 Soviet military graves and memorial sites in Austria related to the history of the Great Patriotic War. According to the state agreement between Austria and the countries - allies of the anti-Hitler coalition (USSR, USA, Great Britain and France), Austria undertakes to respect, protect and maintain on its territory the graves and monuments of soldiers, prisoners of war of states who were at war with Nazi Germany.